It’s that time of the week yet again. Apple is throwing a quirky little puzzler at us iPhone and iPad users as part of its Free App of the Week initiative, and it is one that is bound to keep most of us occupied. Usually retailing for $0.99, it can now be grabbed for absolutely free till next Thursday.

Called Pull My Tongue, this is the first time that the app has completely shed its price tag on the App Store, and given the quality of the title, you’d be amazed to know that it was released just back in February this year. The game is exactly as the title makes it out to be, with the gamer involved in pulling around a hungry chameleon’s tongue who has a craving for popcorns. 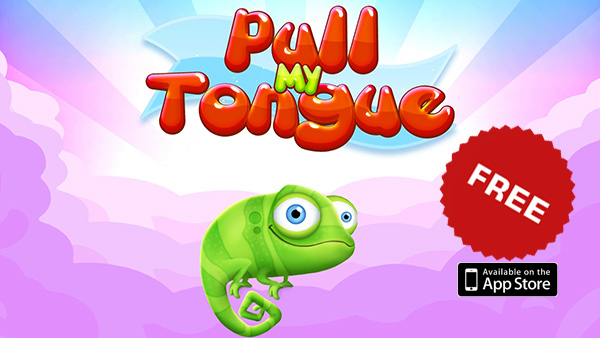 Sounds much like Cut the Rope, and while it may just remind you of that smash hit game, it does stand to be much different. Greg, the chameleon, may have the sharpest most elastic tongue, but even it has its limitations. Getting to the popcorn maybe a piece of cake, but getting all those valuable stars on the way? Not so much.

The levels are full of obstacles, such as “zappers, spikes, chewing gum, balloons”, that the user has to intelligently go around to get those stars and eat popcorns, but be careful while at it as Greg can only stretch his tongue so far. 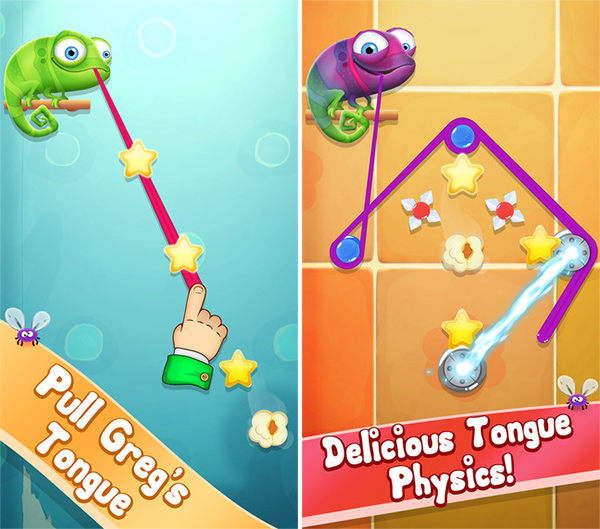 There are 5 different worlds to unlock in Pull My Tongue, which gives one a total of 90 awesome levels, and it only gets more challenging with time. There’s also physics based gameplay involved here with the developer telling us that there is a “Deliciously unique tongue physics (yes there is such a thing)”, but we’ll leave that to your better judgment.

To sum it up, Pull My Tongue is a simple game that will appeal to all kinds of ages looking to distract themselves for a bit and just help feed Greg. It’s not groundbreaking game, and the developers seem to understand that, and as such have focused on making this game nothing but good ol’ fun and addictive for iPhone and iPad users. Best of all, it’s available for free for limited period of time.

(Download: Pull My Tongue for iPhone and iPad from the App Store)