For a good while now, it has been suggested that Samsung would be coming through with a device finished in a more premium, perhaps metallic material. The Korean outfit has stuck faithfully with polycarbonate through the Galaxy generations, and although the sales figures would suggest that, at a consumer level, this isn’t a problem, there’s definitely a growing faction of Samsung fans that would love something a little more substantial. With the likes of the iPhone and HTC One series having catered to those with a thirst for the stronger stuff, it now looks like Samsung will finally cave, and according to a new report, the so-called "Galaxy Alpha" will be announced next month.

We’ve had umpteen reports about the "Galaxy F" smartphone, which was rumored in the run-up to the Galaxy S5, and according to ETNews, the Galaxy Alpha will launch next month, in advance of the Galaxy Note 4. 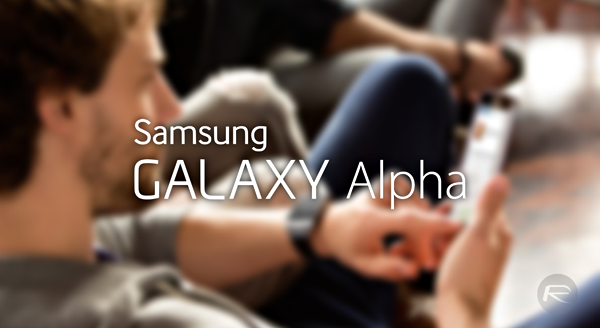 It’s certainly a break from tradition for a company accustomed to releasing two major handsets per year. As has been the case in recent times, we’ve seen a Galaxy S followed by a Galaxy Note, but it would appear that this new "Alpha" device is a completely separate line altogether.

Whether it could stake a claim to being the Tizen maker’s flagship remains to be seen, but given that it couples high-end specs with an equally alluring finish, we suspect that this may be the case. Allegedly, the outer profile will be comprised almost entirely of metal, and will cater to "select markets" as of next month.

A metal-housed device from Samsung at this moment would definitely be interesting, and although we’d hazard that the company is running a little scared by the prospect of the larger iPhone 6, there’s definitely a gap in the market for a well-made Android handset. Samsung is, after all, the biggest force in terms of devices running Google’s mobile OS, and although HTC did impress with the premium One (M7) last year, there’s also a perception that the Taiwanese company flunked with this year’s follow-up, failing to build upon the progress made.

The last we heard of the Galaxy F, it would include some elements of metal while also including a plastic rear cover to facilitate the changing of the battery, and whilst it is unclear as to whether this is the same device as the Galaxy Alpha, here’s to hoping we won’t have to wait too long for some more definitive evidence.