We’re now just over one week away from the iPhone 6 event, and during the next seven or so days, we’re braced for a bunch of leaks as Apple tries desperately to keep those intricate details under lock-and-key. It stands to reason that, with a 5.5-inch display, the larger of the two new iPhone sizing configurations will need a much larger battery than that of the iPhone 5s, and having previously heard that the Cupertino company will almost double-up to a 2,915mAh offering, a new sighting has corroborated this notion.

Not only is the iPhone 5s’s battery stood at a mere 1,560mAh, but the company has only bumped capacity incrementally through the past few generations, instead seeking to optimize software and improve efficiency of the processor. However, there comes a time when needs must, and with all this talk of NFC, gigantic displays and other improvements to the internal hardware, the 5.5-inch iPhone 6L will need significantly more juice in order to see out an entire day. 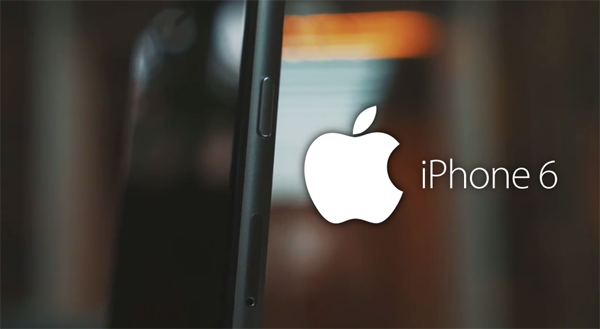 The folks of Nowhereelse.fr have once again come though with a leak of a prototype battery claimed to be of the 5.5-inch iPhone 6L, and given that most other phablets on the market hover around that 3,000mAh mark, the claim of a 2,915mAh power pack seems plausible enough.

Then again, given how Apple builds software and hardware in-house, ensuring that resources are used efficiently, the number does seem quite high, and even though everything about the more sizeable iPhone 6 will be bigger and better than the iPhone 5s, doubling the battery capacity would represent a rather drastic leap.

Given that these snaps cannot be verified, we’re taking this leak with the usual pinch of salt, but as we edge closer to that keynote event on September 9th, we’ll hopefully get a bit more information on Apple’s plans for the iPhone 6 battery. 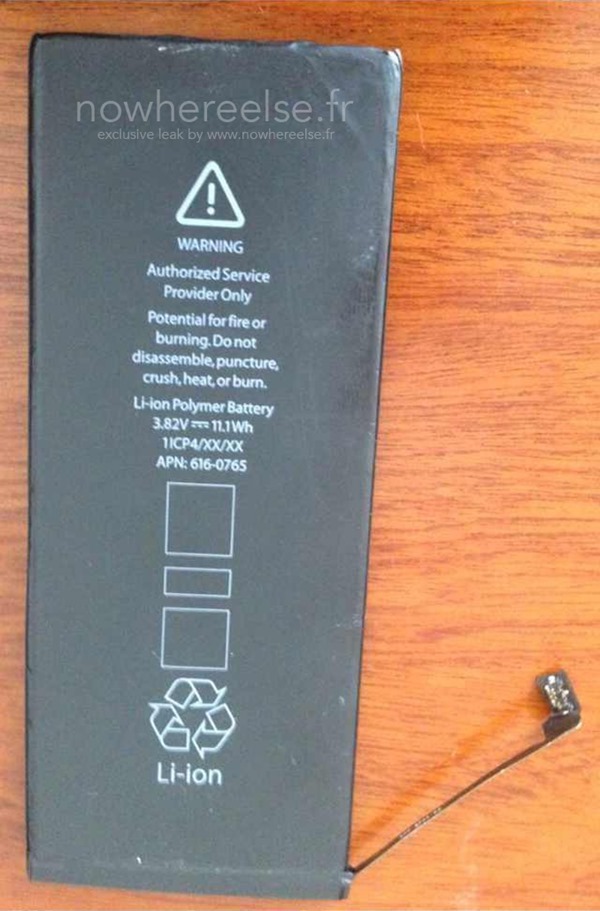 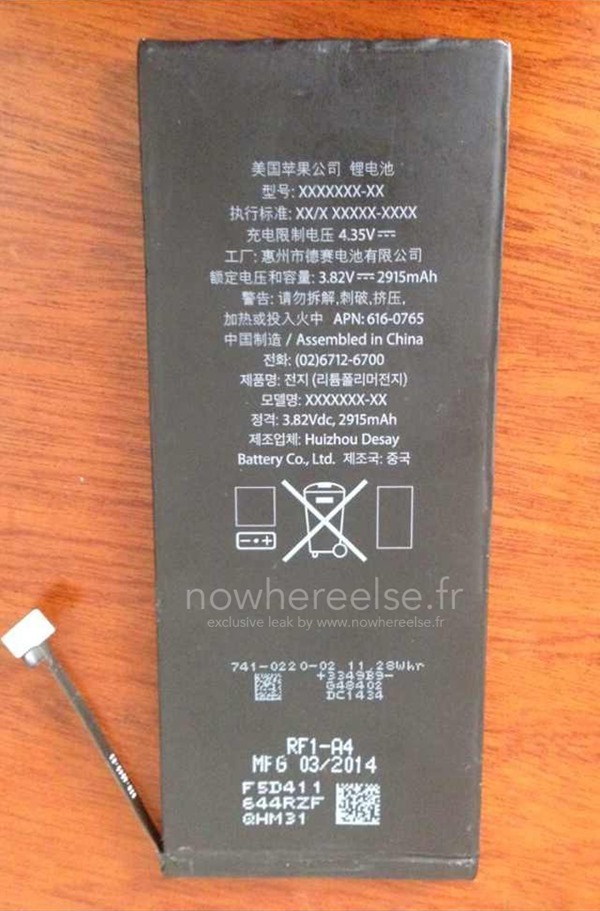 Folks have long since complained about the iPhone’s battery life (or lack thereof), and if the 5.5-inch iPhone 6 is to offer such a considerable improvement on sheer capacity, it seems likely that those quibbles (and taunts about wall-hugging) will become a thing of a past.

We’ll keep you in the loop regarding any further iPhone 6-related leaks and reports, so stay tuned!