Some of you will remember that way back in 2007, when the iPhone was originally announced, the then Microsoft CEO Steve Ballmer went around telling anyone who would listen just how bad of an idea Apple’s smartphone was, and why.

The lack of keyboard and the high price were top on Ballmer’s list. In fact, Ballmer was so convinced of his stance that he had more than a few, now-infamous, publicized rants. 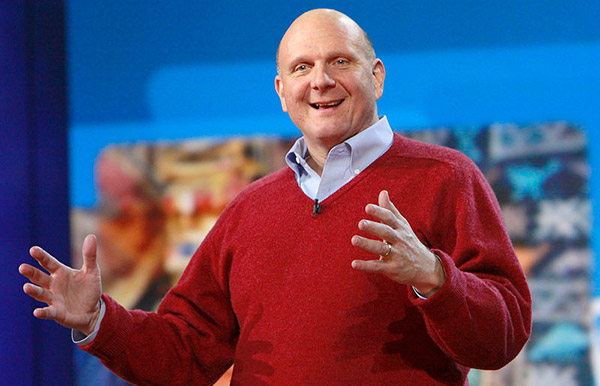 At a press conference back in 2007, this is what Ballmer had to say when asked what he thought about the iPhone: “500 dollars? Fully subsidized? With a plan? I think that is the most expensive phone in the world. And it doesn’t appeal to business customers because it doesn’t have a keyboard, which makes it not a very good email machine.”

In typical Ballmer fashion, it was the way he went about making it that had everyone mocking the guy. Fast forward to today, where his comments seem downright ridiculous, and that mocking happens tenfold, which is why it’s great to see him admit that he might have gotten things wrong back then.

During an interview with Bloomberg, Ballmer has praised Apple – sort of – and admitted that the company might have gotten things right with the iPhone, after all!

I wish I had thought of the model of subsidizing phones through the operators. People like to point to this quote where I said the iPhones will never sell. Well the price of $600 or $700 was too high and it was business model innovation by Apple to get it essentially built into the monthly cellphone bill.

We will overlook, just for a minute, the fact that subsidized phones had been around for a long, long time around the globe. Ballmer’s comment is otherwise accurate in that Apple managed to make the seemingly expensive iPhone into something everyone wanted, and judging by sales numbers (over a billion iPhones sold till date) in the following years, everyone at one point bought one, too.

Here’s Ballmer’s video from 2007 mocking the iPhone after Steve Jobs unveiled it at Macworld:

Nine years later, Windows phone today has less than 1% of smartphone marketshare. iPhone on the other hand raked in 103% of smartphone profits in last quarter alone.