For 10 Bucks You Can Transform Your Smartphone Into A Powerful Digital Microscope, Here’s How [VIDEO]

Apple often likes to point to how people use their iPhones and iPads in the real world when they have any kind of press meeting. It was evident once again at the new iPad and MacBook Pro event that we witnessed earlier this week. And with good reason, because iOS devices have generally changed the way we do so many things that Apple is right to show off about it.

Take this microscope as a prime example. It costs around $10, which is the first interesting part. The second is that it uses an iPhone and a collection of ragtag parts in order to to work, which is interesting in itself.

It’s only when you look at the full list of parts that the real awe kicks in; an iPhone, some Plexiglas slides, a wood base and the laser pointer. We told you it was cheap! 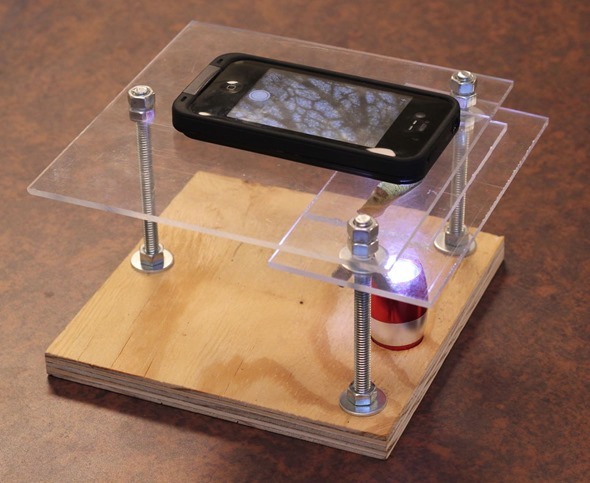 So, after exchanging a crisp $10 note for the required parts – excluding the iPhone, of course – this little wonder was thought up by Instructables user Yoshinok. The result is a digital microscope that uses the power of the iPhone’s camera combined with a laser pointer for magnification. Yoshinok is using either an iPhone 4 or iPhone 4s in his video, but obviously this could work with other phones or even an iPad with varying results.

Oh, and as for the quality of the finished product? Well, apparently it’s capable of 175x magnification which is enough to spy individual plant cells. Impressive, no? We certainly thought so. 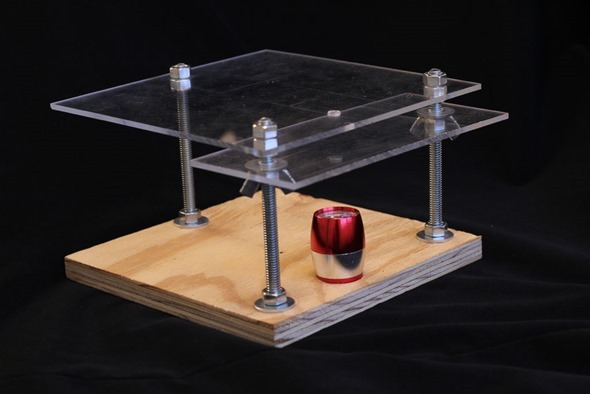 Yoshinok says that the project could eventually be used in schools or other institutions where they simply don’t have the budget to spend a small fortune on real digital microscopes. We like the sound of that, and using something like this might even have been enough to keep us interested at school!

But here’s the fun question: would you try to make this microscope in the vicinity of your home? I mean, come on, it’s just 10 bucks, and a little effort to make things ticking. If we find the right tools, then we’re going to definitely give this one a shot!

Leave your comments below on what you think about the whole thing. Will this change the way we use microscopes? or is this pure novelty?