Following on from the release of a bunch of new Mail apps for a number of platforms, Yahoo! has pushed out an update to its Flickr app for iPhone, the key feature being – yep, you’ve guessed it – photo filtering facilities. Version 2.0 of the Flickr for iPhone app also sports a newly-designed interface, and thanks to the Aviary SDK (which Twitter also utilized with its own mobile client), there are quite a few editing options available to users of the popular network.

Flickr used to be the go-to hub for the sharing of images, but with Instagram and various incarnations having burst onto the scene in relatively quick succession over the past year or two, Yahoo! has had to bite the bullet somewhat in offering the kinds of features we’ve become accustomed to with rivaling services. 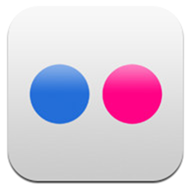 Facebook, Twitter, Flickr and Instagram now sit on something of a level playing field in terms of photo-sharing capabilities, but many will see this as a negative move of conformity. There has been a bit of a backlash from hardcore photography aficionados about the merit of editing an image in a one-click fashion, since it distorts the line between a professional alteration and the select-and-apply system we’re seeing more and more of. 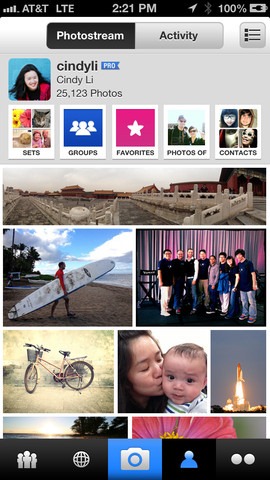 Putting the editing to one side for a second though, the interface alterations are fairly significant in this version 2.0 release, and on the whole, the app looks a lot cleaner and is infinitely easier to navigate. Having used the app on numerous occasions in the past, it wasn’t the smoothest of experiences, and it wasn’t surprising to see many fringe Flickr users migrate to the likes of Instagram. 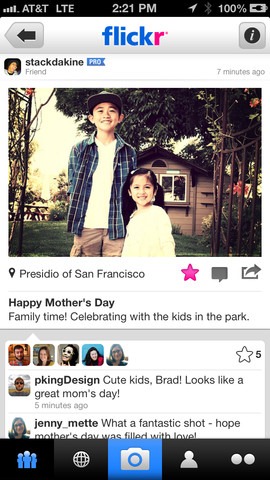 Still, Yahoo! seems to have bucked its ideas up in the mobile market now, and having been impressed by the Mail app, I have to commend the improvements made to this app also. If you’ve been waiting for a more functional Flickr offering to land on iOS, check the link provided below. 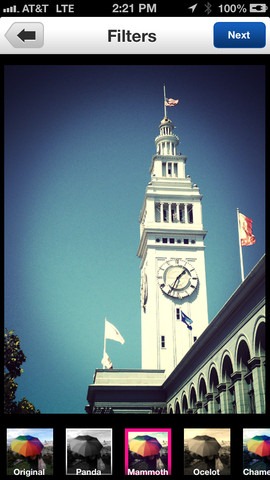