When mobile devices were first introduced with touch capable displays, it was quite an interesting shift in the way we went about completing certain on-device tasks such as creating text messages and composing emails. We had all previously been used to banging on physical keypads and getting that familiar and comforting mechanical feedback that reassured us that everything is working as intended, but now that we are a few years down the line, it’s difficult to imagine using anything other than the touch sensitive virtual keyboards that we have seen on most new smartphones.

Rather than attempting to change the actual physical input method, Syntellia Inc. have produced the Fleksy app for iPhone and iPod touch that looks at text input in a whole new and interesting way. Originally designed for those who are visually impaired and have difficulty using the native keyboard entry system, Fleksy offers a simplified on-screen keyboard that not only makes entering text easier but also provides great voice integration, providing audible feedback so that the user knows exactly what has been entered. 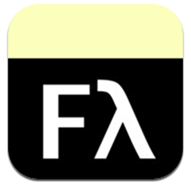 When a set of characters have been entered, simply swiping to the right on the interface informs the app that the word is finished, with Fleksy then doing it’s best to suggest the word which the user attempted to enter and placing it on the screen. If the app manages to get the desired word wrong, then it is possible to use up and down swipe gestures to flick between words. It does take a little getting used to, but once you are familiar with the available features, it really becomes an amazing text entry tool. 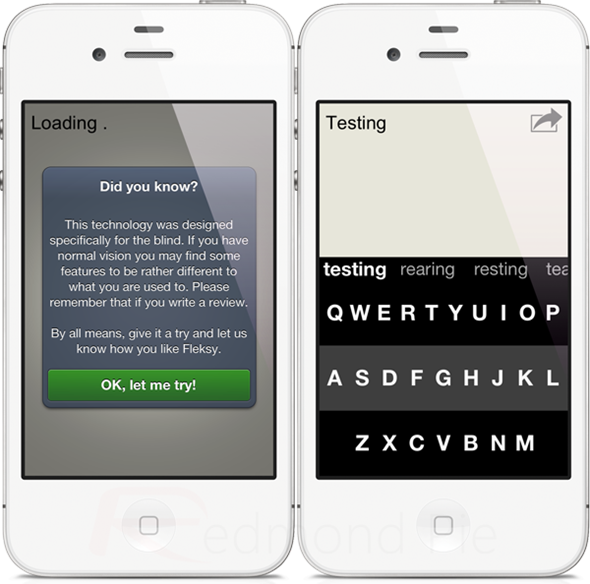 All of the expected functionality is included within the app, like the ability to add punctuation to entered text, as well as actually manually adding your own words that don’t form part of the dictionary such as names or company names. Fleksy will then learn the new word and make it available going forward. The rather simple interface is perfect for this type of app, but as much as I love the text input methods and intelligence, it does have a few little user-interface issues that could do with being addressed. Overlapping elements and the text within the instructions pages is barely readable. 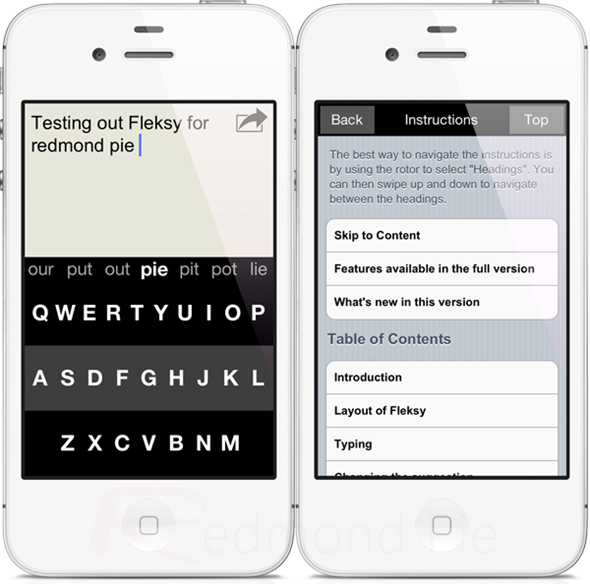 Putting those few minor things aside, Fleksy is a fantastic and well designed app that will become the perfect tool for visually impaired iOS users. A free of charge version is available to download with an in-app purchase of $4.99 unlocking the full version that contains the ability to copy and cut text for use outside of the app.