I imagine there is a large subset of our readers who have decided that they want some technology-orientated news today and are planning to read this post on a gorgeous iPad. Out of those visitors who are actually using an iPad for their viewing pleasure, I would hazard a guess that a small portion of that audience at one stage in their lives have used an old-school typewriter for either serious correspondence production or just for the sake of messing around.

Although I wasn’t personally old enough to be producing documents when typewriters were the pinnacle of word processing technology, I have had the pleasure of clacking away on one at one point. And although I much prefer the technology we have these days, that doesn’t mean typewriters come without their charms. The world obviously loves the iPad – the sales figures confirm that – but the world also loved typewriting machines at one stage in time, so why not mix the old with the new and produce a wonderful iTypewriter? Well, Austin Yang has done just that. 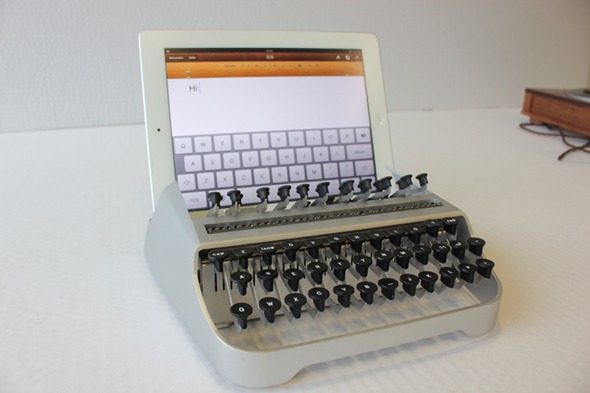 The wonderfully unique and rather bizarre contraption is basically an extension accessory for the iPad that turns the marvelous touchscreen tablet into a crazy hybrid typing machine. One of the largest driving forces behind the creation of this iTypewriter was to allow users to immerse themselves with the visuals and noises that came with typing on one of those machines, while still allowing them to use the new technology that we have come to depend on. We don’t really often hear the term used anymore, but for me, haptic feedback is an integral part of typing. I always have the click noise activated on all of my iDevices, as it gives audible conformation that something has been performed, which is one of the main benefits of using this device, due to the clunky clicking and clacking that is associated with typing. 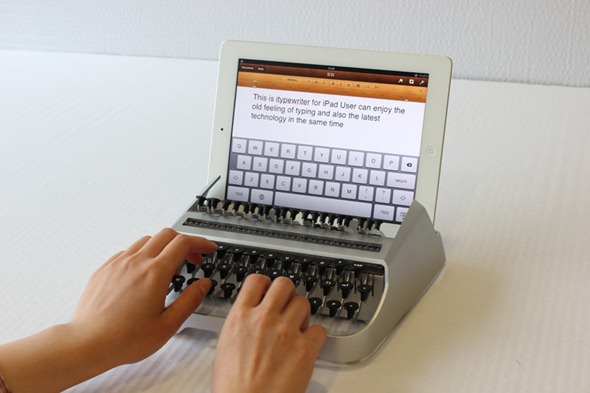 The creator, Austin Yang, is a product and industrial designer who has managed to create something unique and actually quite fascinating. I’m not entirely convinced I could use something of this nature with my iPad, but check out the video for yourself and see if the blend of old and new is something you could live with.