OS X Yosemite may be Apple’s most advanced desktop OS to date, but there’s one issue that has left many users disgruntled for a while, and it pertains to a bug in Wi-Fi connectivity. The OS X 10.10.1 update was supposed to fix this discrepancy for good – at least that’s what the changelog suggested – but the issue seems to be prevalent. Developer Mario Ciabarra has supposedly found a working solution to stabilize Wi-Fi connectivity on Yosemite, so let’s take a look how it works.

According to Ciabarra, the issue seem to be stemming from the way the OS is handling Wi-Fi with AirDrop, using a connection called AWDL. Ciabarra’s solution is to disable this service, which will in turn render AirDrop useless, but at the same time fix Wi-Fi performance related issues for good. 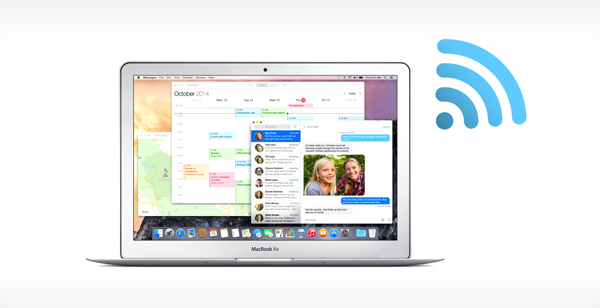 To do this, users will have to run the Terminal app on their Mac and enter the following command line:

Now hit Enter, and while Ciabarra doesn’t say anything about restarting your Mac, we suggest that you go ahead and do it still.

Keep one thing in mind though; apply this fix until or unless you’re truly desperate to mend your Wi-Fi related problems on Yosemite and don’t really care about AirDrop. We’d go as far as suggesting to wait for an official fix for this whole problem.

Yosemite has had varying types of Wi-Fi issues from its initial release to the 10.10.1 update, where users complained about dropping Wi-Fi connections, slow Internet speeds, and a frustrating combination of both. Oddly enough, we saw a similar pattern with the release and even subsequent releases of updates to iOS 8, with users not just reporting in with Wi-Fi issues, but Bluetooth as well. Bluetooth issues are well present with Yosemite too, however all these range of issues across both platforms are not that widely prevalent and only a handful of users are caught in this mess.

As for Yosemite, since the release of the 10.10.1 update for the OS, Apple has paid heed to complaints coming in from users about prevalent Wi-Fi issues, consequently releasing the OS X 10.10.2 beta to testers on the 24th of November. Whether that has ironed out the bugs completely or not remains to be seen.