Apple has just seeded the first beta of OS X 10.10.2 to developers. As you can probably tell by the version number, it’s a fairly innocuous bump inclusive of bug fixes and other such performance enhancements, but if you’re a registered dev, check the details after the break.

OS X Yosemite has released to relatively little negativity, with Apple having enjoyed a fairly smooth transition from Mavericks. Whereas iOS 8 has been hit with a number of issues, the desktop software has taken to Macs like a duck to water, but as the ongoing maintenance continues, OS X 10.10.2 beta offers a few tweaks. 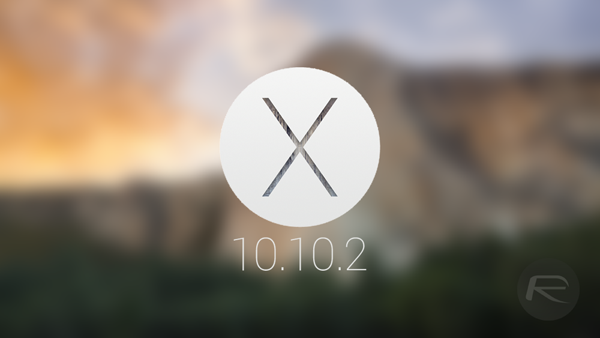 Since the latest build, which has been numbered 14C68k, is hot off the press, we haven’t had much of a chance to download it and give it a whirl. But we will be doing so shortly, and if we happen to encounter anything worth talking about, we’ll be sure to update this article accordingly.

The new beta also offers Safari 8.0.2, giving the native browser some adjustments, and the Mail app has also been pushed to version 8.2.

Despite the lack of major incident with Yosemite, a small number of users have had Wi-Fi shortcomings, and even though OS X 10.10.1 download was supposed to remedy this, a few Mac owners have continued to be troubled by reliability.

What with Wi-Fi connectivity being perhaps the most important aspect of the OS X experience, it’s important that Apple makes the fixes for the few still afflicted, and we’ll be following the progress of Yosemite as it continues to mature.

If you’re a registered developer, you can grab the latest beta by heading over to the Mac Dev Center online. If you wish to check out this or any other pre-release software, you can register as a developer for the sum of $99 per year.

As someone with a vested interest in software in general, I feel it’s a worthwhile investment, and with so many still taking the chance by downloading from questionable sources rather than stumping up and going legit, we’d strongly encourage our readers to make the right decision.

Download it on your Mac, give it a whirl, and be sure to leave your thoughts and comments via the usual medium below.