The 1970 Bug Returns On iOS As Empty, Undeletable Emails, Here’s How To Fix It

It seems Apple just can’t quite get itself out of the 1970s or, to be more accurate, iOS can’t. Not long after fixing an odd bug that made it possible to brick an iOS device just by setting its clock to 1970, some users are now reporting that they are having mysterious emails appear in their inbox from – you guessed it – January 1st, 1970.

The bug, which seems to crop up mostly for those that have changed their device’s time zone recently, doesn’t affect anything other than causing some empty emails to appear, although they do seem to stick around – deleting or archiving them doesn’t get rid of them, we’re told. The emails don’t contain any content, so at least they aren’t old emails being dragged back from the dead. 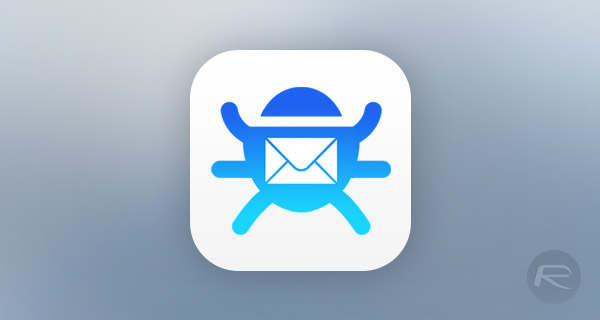 According to one Reddit commenter, the whole bug stems from how Unix handles dates and times and, thankfully, is pretty benign, meaning there isn’t a great deal to worry about here unlike Apple’s other recent date-related snafu.

The way it works is that the date is stored as a continuously increasing collection of over a billion seconds (ignores timezone conversions, easy for computers to handle in binary). This is typically called Unix time or Epoch time. For example, the current time right now (in this format) is about 1.45 billion. Like I said, it’s easy for a computer to handle this number to store the date in binary, especially on a 64-bit device. Well, if it’s 1.45 billion right now, what’s 0? The answer is January 1st, 1970, at midnight. 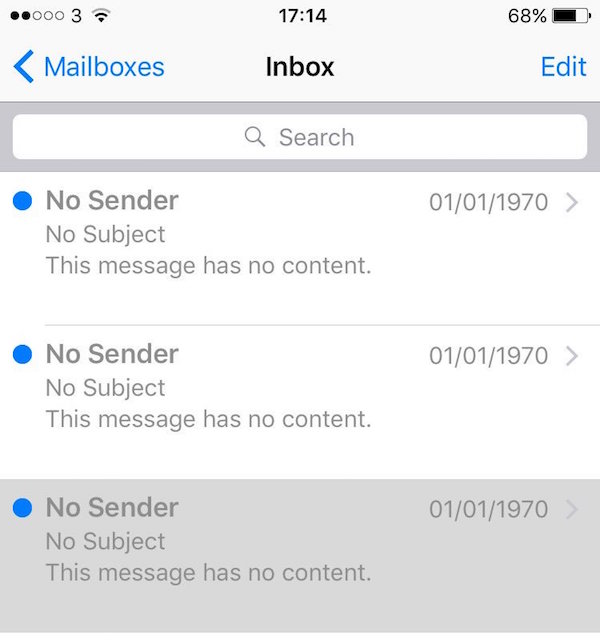 The good news? Getting rid of the emails for good should just be a case of force-quitting the Mail app and then hard-rebooting the iOS device in question. To learn how to hard reboot your iOS device, follow our guide here: How To Hard Reboot / Restart Your iPhone, iPad Or iPod touch.

We’re told that should do the trick.

We now find ourselves wondering what else we’re going to see rear its head from the 1970s. Apple is on something of a roll!