No matter how many hardware or software improvements a company makes to a device over a given period of time, there will always be flaws, and in the case of Samsung’s coveted Galaxy S III i9300, Wi-Fi roaming bugs have plagued many a user. Wherever there is a limitation or a fault, though, there is always a developer on hand looking to solve it, and in this case, the remedy arrives courtesy of XDA-Developers member felixchris. We’ve got all the details after the jump!

There are three Wi-Fi roaming bugs in all, and although the fix only deals with one of those problems, it’s certainly a start. Felixchris explains that if the signal strength increases when getting closer to AP2, but then the Wi-Fi icon quickly disappears and reappears right before your very eyes (also causing Web radio to briefly cut out), then you’re indeed suffering with the Galaxy S III bug, and his little fix will help you resolve it quickly and effectively. 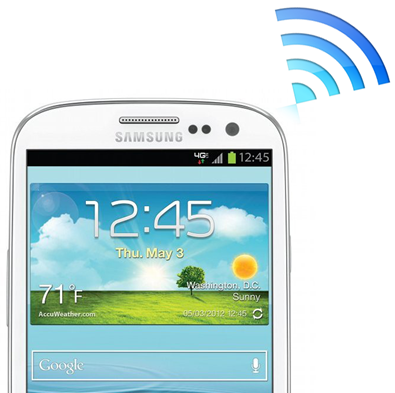 As is often the case with applying a patch (or, as the saying goes, skinning a cat), there is more than one way to go about sorting out your Wi-Fi troubles. The first is the long way, which does not require you to boot a custom recovery, whilst the other involves flashing a zip in a custom recovery. Whichever path you choose, both are as effective as one another in ridding your device of the Wi-Fi roaming bug, so if you have a little time on your hands and like to do things the old-fashioned way, you may wish to take the longer route.

An optimal Wi-Fi experience is an important part of owning a mobile device. When at home in particular, we tend only to use our cellular connections as a back-up, since data usage is often limited by our carriers. As such, you should take these steps to fix the roaming issues with your Galaxy S III should they arise, and if you would like further information, please check out the original thread, which we’ve linked to below.