Some of us are still getting to grips with everything offered by macOS 10.12 Sierra, including everything offered in the latest 10.12.4 beta which is currently in the hands of developers and public testers, but it seems we have just gotten our first reference to macOS 10.13.

The reference has been discovered in what is known as a CatalogURL. Discovered by Pike’s Universum, the link is essentially what would direct consumers to the relevant App Store listing for macOS 10.13, and has been proven to be a genuine Apple published link. 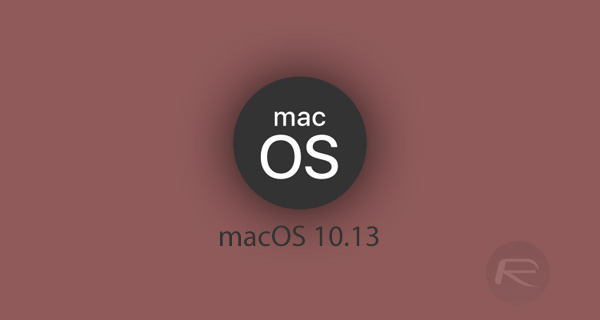 The link may be genuine, and actually show that macOS 10.13 is currently in the works internally, but that isn’t exactly any new news, right? After all, we are in March now with the expected official first reveal of macOS 10.13 due to happen during the opening Keynote of this year’s Worldwide Developer Conference (WWDC) this coming first week of June.

We don’t know exactly what macOS 10.13 will actually bring, but the discovered link appears to be a secure HTTPS link generated by Apple’s servers, with MacRumors able to extrapolate the full and complete URL below:

The first official reveal of macOS 10.13 will be presented to the world during the opening keynote of WWDC, as suggested previously, but what exactly Apple has in store for Mac owners is anyone’s guess. One of the interesting things is that website analytics have shown consistently that visitation from Macs running macOS 10.13 has been steadily rising over the last few months, indicating that Apple has been pushing out builds of the platform to more engineers as the first reveal draws closer.

Only time will really tell us what the next big naming convention will be, with Apple able to choose from a relatively long-list of trademarked names which includes Californian cities and landmarks, as well as deserts, and animals.

The early June reveal to the public should hopefully mean that those registered on the Apple Developer Program will get almost instant access to the first pre-release seed at the end of the opening keynote. It’s at that exact same moment that Apple will also issue the first versions of iOS 11 and the iOS 11 SDK, as well as pre-release versions of developer tools like Xcode.

Not long left to wait until an official reveal.