The jailbreak scene is awash with great tweaks, but even though we see, on a daily basis, just what can happen when creative minds are given a license to dig deeper into the iOS firmware, there remains a small, exclusive group of Cydia entries that stand head-and-shoulders above the rest. Along with BiteSMS, which only recently made its début for iOS 7, IntelliScreenX is rightly considered by many to be among the very best in the business, and now, developer Intelliborn has begun teasing an iOS 7-ready version for iPhone, which is IntelliScreenX 7. The beta is almost ready for prime time, but for the moment, we have a video and some screenshots to salivate over, which you can check out after the break!

Just as BiteSMS completely revamps and re-imagines the Messages app of iOS, IntelliScreenX adds a whole new dimension to the iOS lock screen, Notification Center, and, in fact, the whole OS in general. The long-since coveted tweak has made a name for itself by bringing all the information you could possibly want – where you want it – and if the new trailer of IntelliScreenX 7 is anything to go by, this tweak is about to change everything, again, for jailbroken iPhone users. 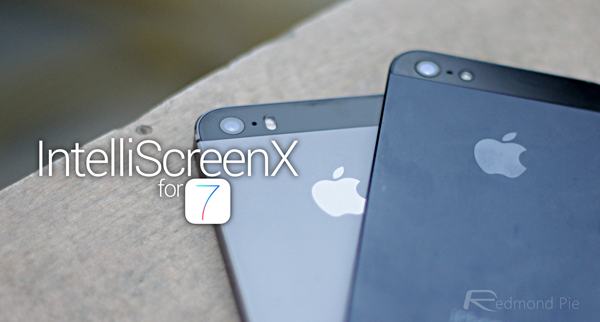 From weather to messages, emails to RSS, IntelliScreenX makes it easy for you to stay updated and informed on the lock screen without the need for incessant unlocking. It has, through many editions of iOS, continued to improve, and with a new design in-keeping with the alterations that Apple has made to iOS 7, InteliScreenX 7 looks the real deal.

The most striking thing, for me, about IntelliScreenX 7 is that it essentially negates the need for you to ever unlock your device. You can browse Facebook, making likes and comments with apparent ease, and the same thing goes for Twitter, and just about any other connected feed or network. 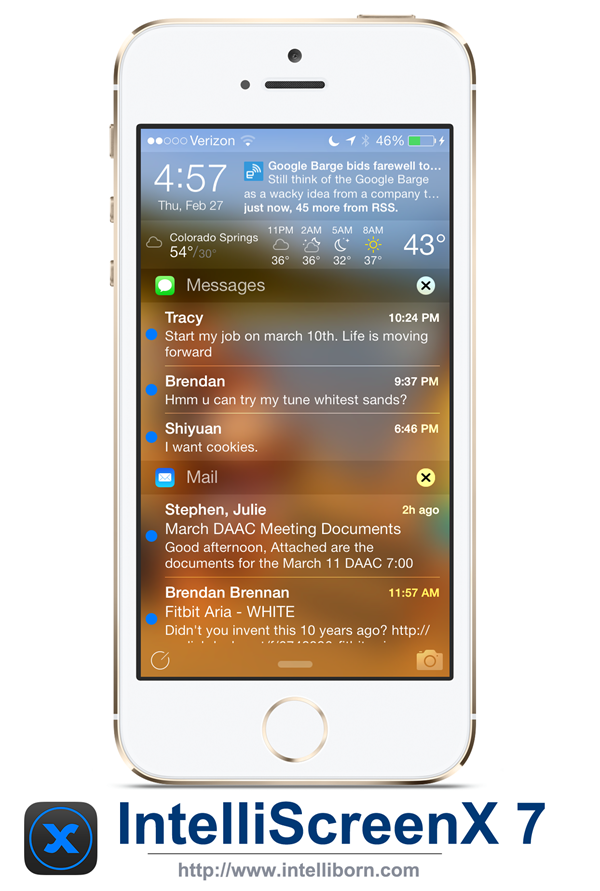 The new ‘Slide’ feature completely rethinks the iOS multitasking, and can be accessed from the home screen, lock screen, as well as in-app via gesture. With Slide, you get real-time previews of currently-running apps without the need to leave the one you’re currently dealing with, and thanks to a white-listing feature ensuring that Passcode-protected lock screens are not inadvertently bypassed, you don’t have to forgo security in exchange for the wealth of functionality on offer. 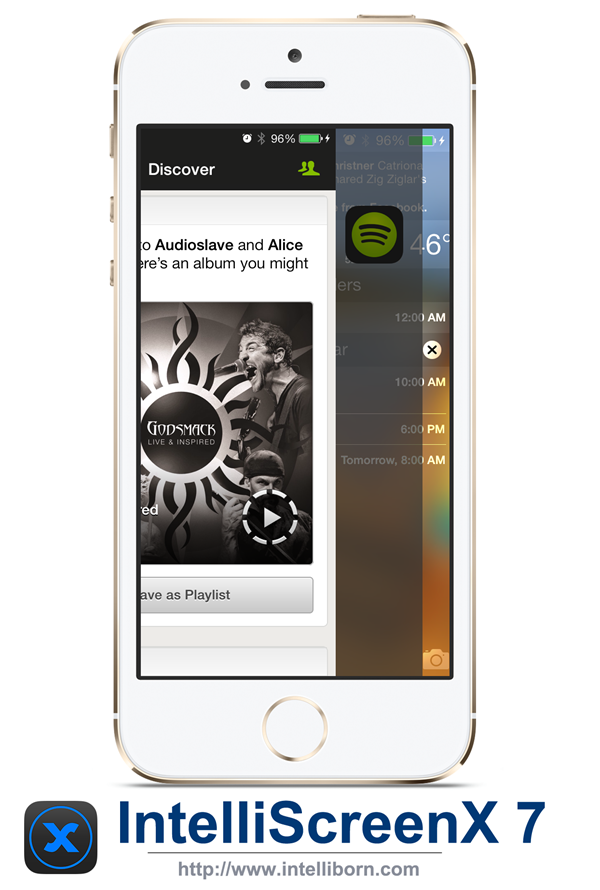 Overall, our minds are blown with regards to the versatility and features that the Intelliborn guys have managed to cram into IntelliScreenX 7. We eagerly await its release, and will be sure to let you guys know as soon as the beta rolls out! But if the official tweet from Intelliborn’s Twitter account is anything to go by, then we will see the first beta of IntelliScreenX 7 very, very soon.