With the smartphone market now fully fleshed out, companies like Apple and Google are now looking to try and find the next big growth market, which means both firms are now throwing as much at the metaphorical wall as possible, just to see what, if anything, sticks. Apple has already made a play for the car, while Google’s push in wearables is easy to see in its Android Wear and Google Glass product.

It’s Apple’s CarPlay that has everyone’s attention at the moment though, and Google isn’t going to stand for that for too long. At CES last year, both Google and NVidia announced the creation of a partnership with GM, Hyundai, Honda and Audi that would see the Open Automotive Alliance formed. Since then, there has been almost no news whatsoever about what that may entail, and absolutely nothing about when we will see something come of it. With CarPlay, Apple has certainly taken the initiative in what it hopes will be the next market to go ‘smart.’ 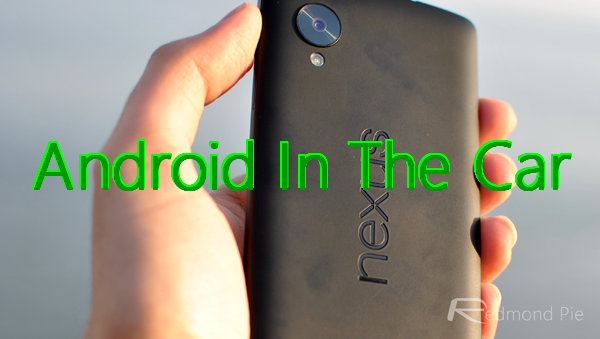 Fast forward to right now, and with a dearth of information available it seems the folks at Android Police have been able to get their hands on a rare leak for what they’re calling ‘Android in the Car.’ That name, incidentally, may not be what the technology is called but in the absence of anything official, that’s what we’ll go with too. Android Police also notes that these images and videos are actually recreated renders of an earlier version of the actual software and hence it is very much possible that some of these UI elements could change by the time it is ready for public consumption. 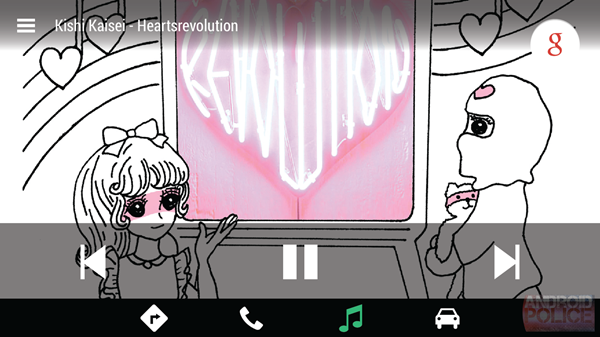 Having said that, it seems Google is taking a different approach to that of Apple in that its in-car devices don’t appear to have obvious support for third-party apps. Apple has made quite the fuss of support from the likes of Spotify, so we’d expect Google to do the same. At this point though we’re so early in the rumor cycle, we’d expect quite a bit to change between now and the time Android starts powering cars.

From what we have seen though, it’s clear Google’s voice-powered interfaces are going to make Android in the Car quite the powerhouse. Let’s face it, as things stand, would you rather trust Google or Apple’s Siri to get things right when doing 80mph?