In its efforts to remain relevant in light of Google Chrome’s emergence over the past couple of years, Mozilla has continued to pump out the updates to its famed Firefox browser. Today brings another fleet of new features and improvements to the major desktop platforms as well as Android, capped off with an ever-so-slight alteration to the logo. Details after the break.

The desktop versions offer a new filter system that helps stop insecure content from any kind of unwanted threat. Although your HTTPS websites are secure as such, they often include non-secure content, but the filter in place will now mean that such content cannot be compromised. 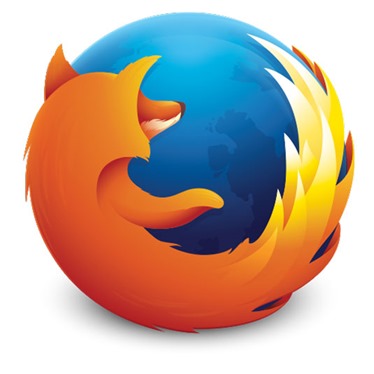 As ever, there are a spate of enhancements designed specifically with developers in mind, all of which will no doubt help improve the integrity of what is already a thriving piece of software.

Along with those aforementioned tweaks to the desktop versions, Firefox 23 also brings a lot to the table of the Android user. The Awesome screen has been touched up with improved switching between tabs and address autocomplete, while the title bar now auto-hides to give you a browsing experience sans the unnecessary distractions. RSS subscription and search engine selection should now be good stretch easier, while there’s also better language support, with Hungarian and Turkish having been factored in. 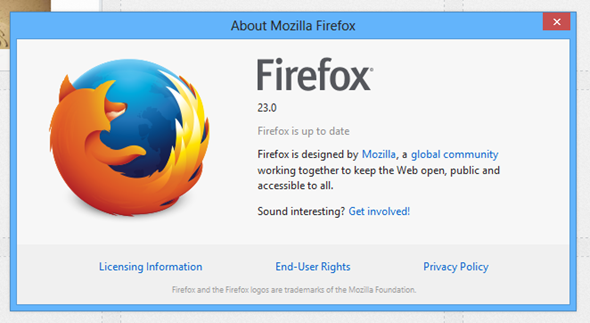 Now, you mightn’t have noticed it, but the Firefox logo has seen several new versions over the years, and after four years, Mozilla has once again made one or two subtle alterations to its famed icon. Although you’ll probably need to squint for a few seconds to notice any changes, the focus of light has been toned down on the globe part, while the browser’s token fox now has a brighter tail. If anything, the logo has been flattened out somewhat – a trend that the folks in Cupertino have been seen to abide by in recent times – and although the logo’s almost imperceptible tweaks matter precious little in the grand scheme of things, we’d say it’s an improvement. 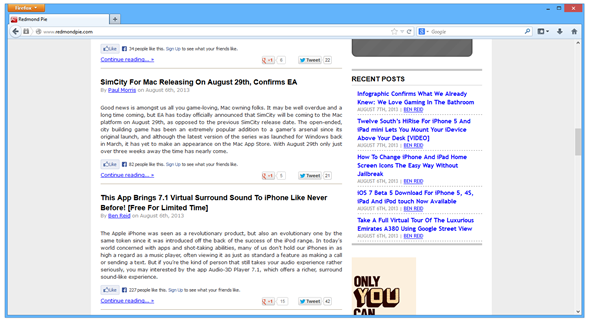 You can grab the latest version for your desktop right now from firefox.com, or simply update using the in-app feature if you’ve already installed it. The Android version can be found, as ever, over at the Google Play Store.