If you like your football (or soccer, for those residing in the U.S., New Zealand, Australia et al), then it’s likely that you’ve played Electronic Arts’ FIFA titles on a number of occasions. Now favored by the majority as the simulator of choice on most platforms, EA has really upped the ante over the past five or so years, and although Pro Evolution Soccer (or PES) used to be a fierce competitor to FIFA, it has slipped off the radar thanks to the sheer brilliance of one of EA’s flagship titles.

Having played it regularly on the Xbox and subsequently, the Xbox 360, since 2003, I’ve witnessed its transcendence from a good game to a great one, but the mobile version – which has rolled through quite a few iterations now – hasn’t quite been as enthralling. 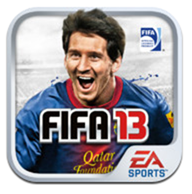 As an avid footie fan, I’ve been rather addicted to First Touch Games’ Dream League Soccer on iOS, which, to me, is a great deal more realistic and immersive than FIFA has been, but like any true supporter, I always check out the latest FIFA and assess the improvements – hoping to find my next 9 months’ worth of distraction.

EA has today provided that by dropping the vastly-improved FIFA SOCCER 13 over at Apple’s App Store. The chunky, visual mediocrity which has served us on all previous mobile editions of FIFA looks to have made way for the trademark, smooth and downright addictive scenario we’ve become accustomed to on the Xbox 360 and PlayStation 3. 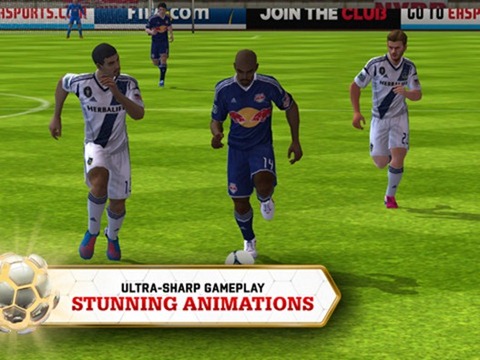 Graphics are important, for sure, and EA describes them rather accurately as “groundbreaking,” but the continual playability stems mainly from the gameplay itself. The Skill Move button allows you to swipe your way to Cristiano Ronaldo-esque finesse, and with your usual glut of leagues, teams, and stadia (all official and licensed, of course), this is certainly a keeper. 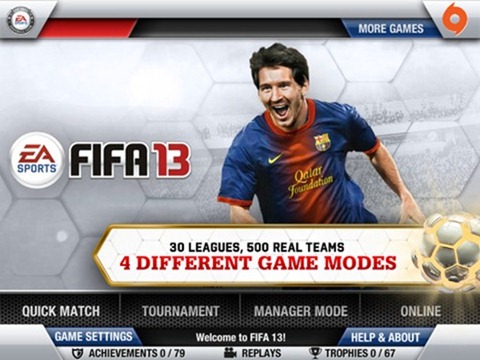 You can play against like-minded folk online, or you can play master tactician in Manager mode, and in my experience, a little bit of both makes for a well-rounded FIFA experience.

It’s universal, so you’ll only have to buy it once if you wish to play on your assorted iDevices, and iCloud Sync support means you can start your league on your iPhone at work (not my recommendation; wink), before continuing your climb up the league at home on your iPad. 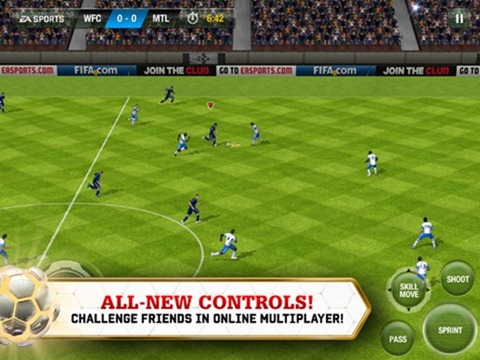 It supports the iPad 2 / 3, iPod touch 3g / 4g, and every iPhone back to the 3GS. No support for that 16:9 display of the iPhone 5, but you know that’ll be arriving in the not-so-distant future.

Download via the link below, although I must warn – it’s a slippery slope to addiction!