The FaceTime video calling service which Apple introduced with the release of the iPhone 4 has proved to be a somewhat hit and miss. It goes without saying that a large number of users find the ability to make free of charge video calls over a Wi-Fi connection a huge benefit. But, a lot of users have also found FaceTime to be a little confusing, and very limiting due to the fact that it actually requires both devices to be connected to Wi-Fi, unless, of course certain jailbreak tweaks are installed to bypass that requirement.

We have seen very few FaceTime related packages on Cydia which focus purely on enhancing and modifying the FaceTime experience on iOS devices, but an iOS developer known as tripkip has released a tweak called FaceTime QuickPick, which is a good attempt at making the video calling experience a little bit easier for users. The QuickPick tweak is essentially a package that provides quick and efficient access to contacts which are capable of receiving FaceTime video calls, meaning that users can access and call them in a quick and easy manner.

Any tweak which shortens a process – or in general; makes an aspect of iOS a little bit simpler to use – usually prove to be quite popular, and that notion stays true if we’re talking about this tweak alone. After installation, FaceTime QuickPick has a very native and familiar looking user interface that doesn’t look alien on your iOS device. Inside of the QuickPick tweak, users can quickly and efficiently invoke FaceTime calls via phone numbers and email addresses.

The tweak also allows additional contacts to be added for FaceTime access through the built-in and easily accessible address book, meaning that when FaceTime contacts are added as favorites, they can be accessed without an issue, and calls can be made to those contacts through a simple, single tap. 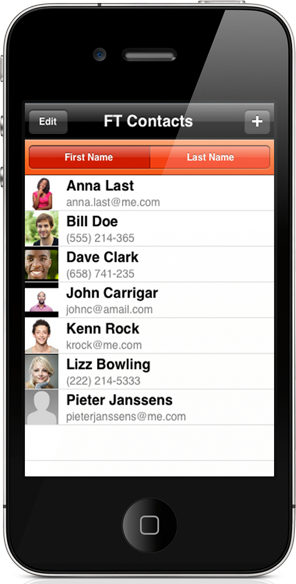 FaceTime QuickPick is available from the default ModMyi repository for a price of $0.99, and provides no information about iOS versions which are compatible with it, meaning we can safely assume the tweak works with all jailbroken devices with FaceTime capabilities.