One of the issues that have plagued Facebook – the largest social network on the planet – since time immemorial is privacy, or rather, the lack thereof. The website has been the target of a lot of privacy related conspiracy theories as well, and even though Facebook has tried time and again to address privacy concerns, nothing has ever been enough.

Back in May this year, Facebook announced Privacy Checkup, which would (in theory, at least) let users see what their privacy settings are, who their posts will be shared with, what data to apps have access to, where would those posts go and the like. Today, Facebook has announced the rollout of the said feature in a blog post. 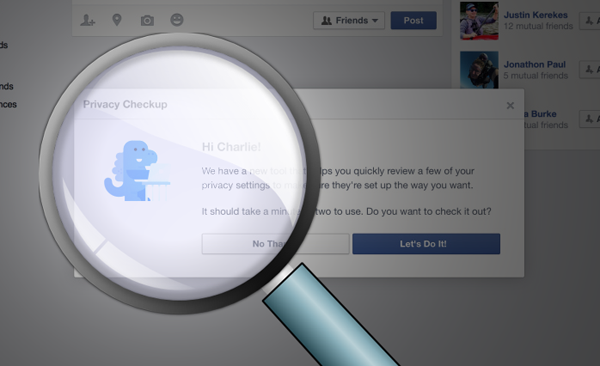 According to the announcement, over the course of next few days, users will see the option to perform the privacy check up when the log into the social network. The tool has been designed with user friendliness in mind, and so, won’t take more than a couple of minutes at best. It follows a three-step process that will guide you through who can see your posts, which apps have access to your profile (and what level of access), and who can view your profile on the Web. Granted, the tool offers a higher level overview, but for a vast majority of Facebook users, that’s all there is required.

One of the best things about Privacy Checkup is that it lets you get rid of those apps that you don’t use anymore. Hence, remember that quiz on Facebook that you took a couple of years back when it was all the rage, and everybody was doing it? Probably you don’t remember, but the social network and the app itself doesn’t forget, and hence, any access that you’d have provided to the app at that time will still be there. Privacy Checkup will help you remove that once and for all. 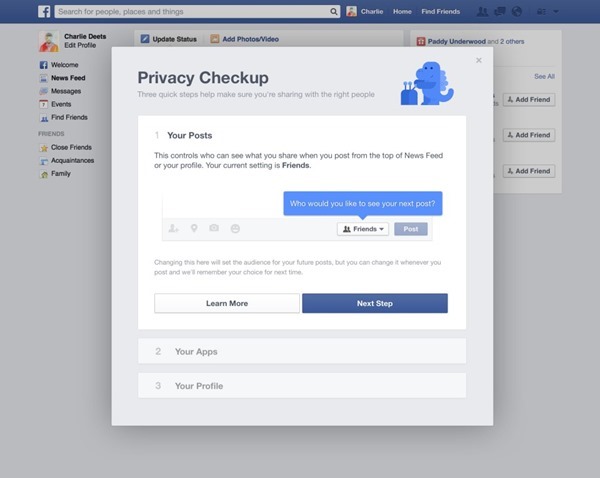 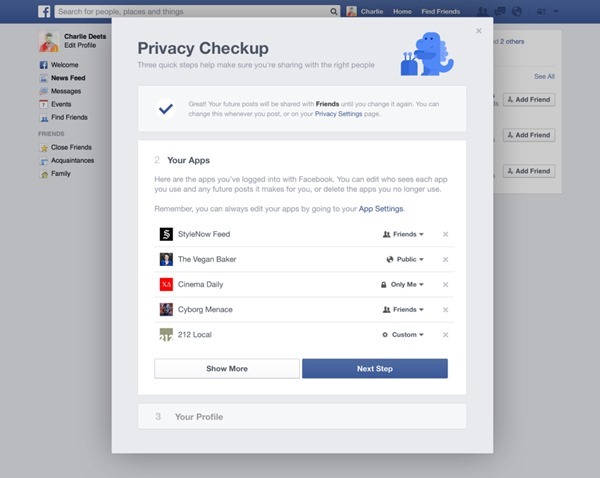 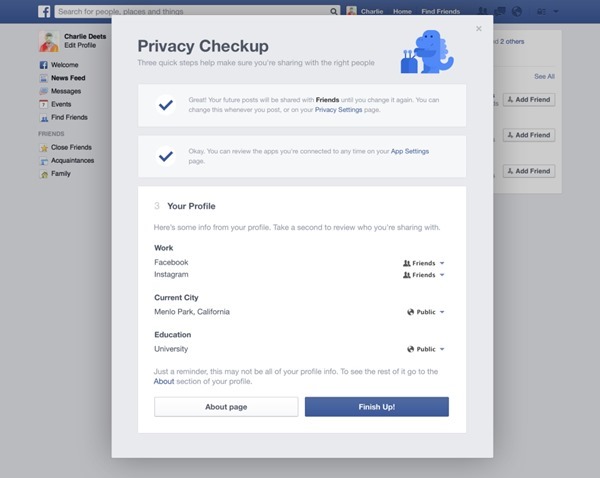 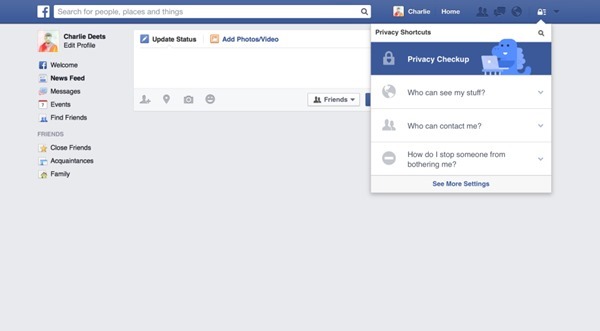 Should you be in a hurry to take the checkup, you can do so by force-initiating it (rather than waiting for Facebook to ask you) from the Privacy Controls drop down in Facebook next to your Notifications icon. That also implies that Privacy Checkup wouldn’t be a one-time thing; you can take that as frequently as you like, and probably something that you should do every once in a while.