Facebook Now Lets You Send ‘Thank You’ Video Clips To Friends, Here’s How

Facebook continues to evolve at a considerable rate, with Mark Zuckerberg and his development team introducing and rolling out new features every couple of months now. Sure, there’s been quite a bit of trial and error along the way, with the the company having thrown many ideas against the wall in hoping that they’ll stick, and today, another has arrived in the form of a concept that lets users create short, ‘thank you’ clips to post to their friends.

By its very definition, a social network is designed to maximize interaction between participants, and while there has been a great deal of focus on monetization since the IPO back in 2012, a number of interesting implementations have been made to help users better connect with one another. 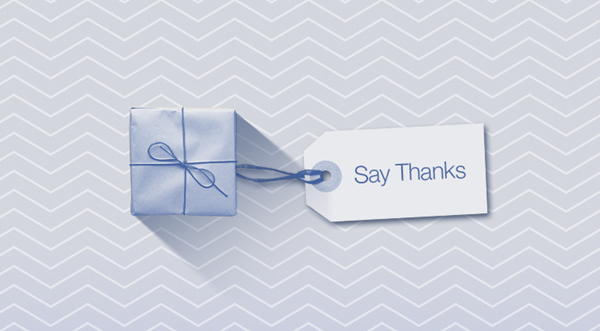 This new system, which will trickle out during the next day or so across Web and mobile, will permit users to quickly compile, edit and share clips comprised of photos and posts that typify the relationship / experience said user may have had with another friend or group of friends. Coupled with a healthy dose of themes, Say Thanks could potentially be a touch cringe-worthy, but nonetheless, a nice gesture that will surely go down well with many users.

Once you’ve created your masterpiece, you can post it on your Timeline, as well as those of the people you wish to thank. It’s a novel idea, and while the feature won’t have anybody touting Facebook as the next YouTube killer, there’s no question that Zuck has much improved his network’s handling and sharing of videos. 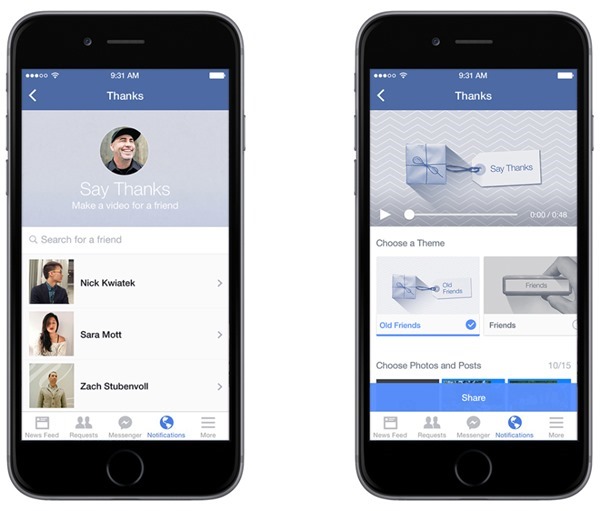 If you’re in a hurry to create a video, whether to Say Thanks or just because, then head over to facebook.com/thanks to get started. If the link is dead, this is because the roll-out is gradual and taking place throughout the course of the day, so be sure to check back later.

With Messenger going from strength to strength and the likes of WhatsApp and Instagram under its wing, Facebook is a bit of a juggernaut in the social industry right now, and while this create and share feature is only small-time, it wouldn’t be at all surprising if there are further plans to prize more users away from YouTube et al in the near future.