Facebook is now letting users designate an heir to their throne, if they happen to pass away. What has been happening to Facebook users’ accounts after they have passed away, or in case they do, is one controversial topic. However, Facebook has just launched a new ‘Legacy Contact’ feature which allows a designated friend to take control of a deceased friend’s account on the social network. More details to follow right after the jump.

Till now, Facebook has been following a policy of freezing any account held by a user that has passed away, and has allowed it to serve as a memorial of the deceased. This however meant that even close loved ones were being left locked out of their mother’s, father’s, son’s, daughter’s, spouse’s etc. accounts. Of course this was a translation of implications regarding privacy concerns for allowing some other person – be it your spouse or child – to access their lost one’s account. All of this was obviously upsetting and angering a lot of people, but this Legacy Contact feature may rid Facebook of related controversy. 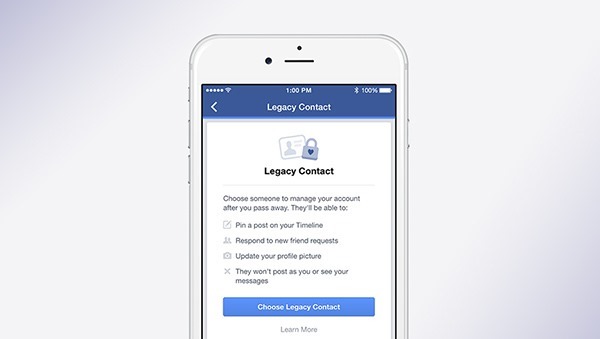 To designate a legacy contact, users can simply choose an existing friend on Facebook to grant them control of your account after you’ve, well, met your demise. The legacy contact however will not have complete control of the account of course, but it would be more like a better managed memorial in fact. Designated contact will only be limited to type in a status, changing the profile picture, and eerily manage friend requests as well if they’re still coming in. That said, these designated contact cannot edit posts made by the user before passing away, and neither can the designated contact post photos to the profile, because, that’s just weird. 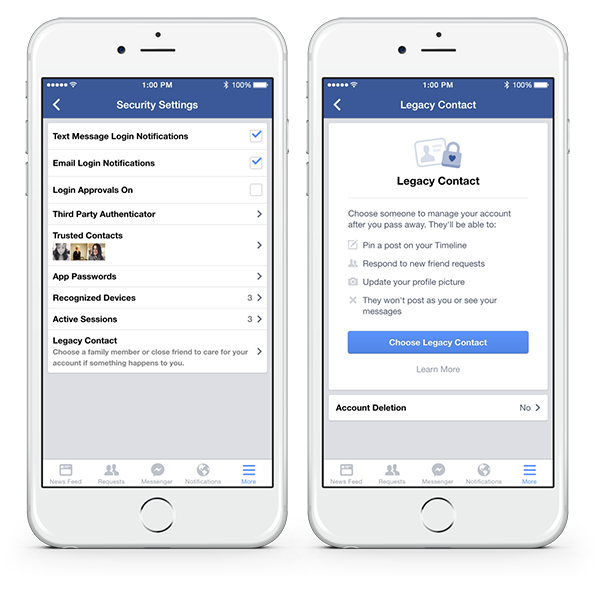 To enable the legacy contact feature, simply head over to the Facebook ‘Setting’ page, navigate to ‘Security’ and scroll down to find ‘Legacy Contact’ at the bottom of the page. Here, you can designate an existing Facebook friend as mentioned earlier and grant him / her the required permission. Do note that Facebook is only allowing users to choose one legacy contact only, with no additional backup. That said, Facebook will allow for a digital heir via your will as well. 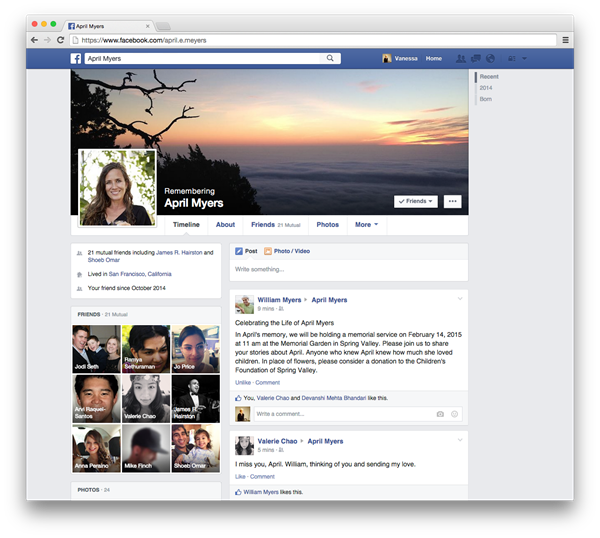 Signing up for digital heirs goes on to show just how intertwined our lives and Facebook have become.