Although using Facebook on-the-fly isn’t as terrible as it was a couple of years ago, that’s not to say the service is perfect, and recognizing that the mobile presence of his social network is still in need of some new features, Mark Zuckerberg announced the Facebook Home for Android at a special press event last Thursday. Built for the purpose of offering Facebook users on Android a more immersing social experience, Facebook Home is fairly well stocked with useful features including Chat Heads, a unified interface for both SMS and Facebook messages to reside. Although support is limited at this stage, Facebook Home has just been released to the U.S. Google Play Store, and you’ll find all the information you need to know right after the break. Earlier this week, Facebook Home APK was leaked onto the web and it worked on most devices.

Facebook Home is easily the most exciting thing Zuck and his team have brought to the table since version 5.0 of the official Facebook app, which brought improvements on preceding iterations comparable to night and day. Thanks to the open source nature of Google’s mobile OS, Facebook has been able to further integrate its services into more than just a one-dimensional app, and with it, create a very personalized experience for users.

It turns the lock and home screens into essentially a tailored News Feed, presenting you with live-updating information on friends’ photos, messages, and status updates in real-time. In a sense, it takes one of the features that has seen Windows Phone held in such high regard (Live Tiles), and replicates the ethos here to create a very unique, engaging social experience. 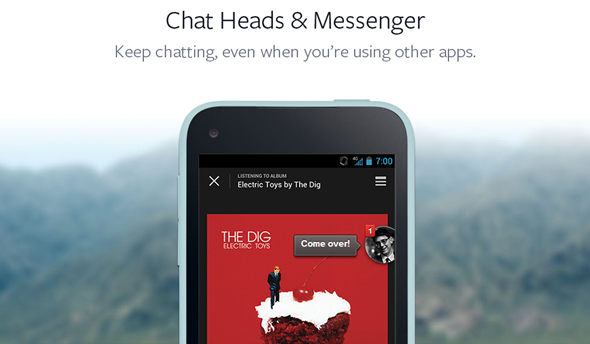 The HTC First will live up to its name by being the inaugural device to ship with Facebook Home as standard. 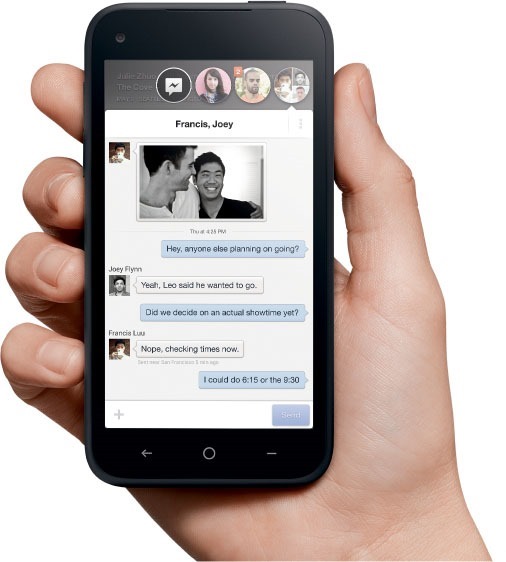 Owners of the Samsung Galaxy S4, Galaxy S3, HTC One X, HTC One X+ and Galaxy Note 2 will be able to get their hands on the launcher as of now. 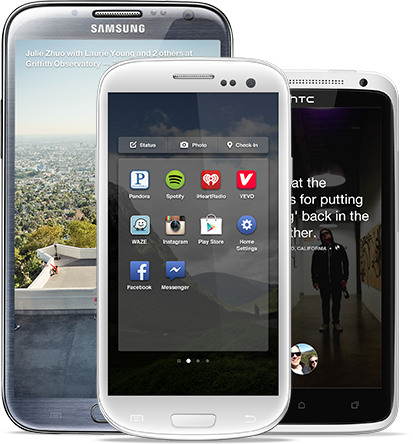 In the coming months, it will become available to a wider range of smartphone devices, and much later on in the year, should also make its way to the wide assortment of tablets across the Android spectrum.

(Source: Facebook Home for Android on Google Play – U.S. only)

UPDATE x1: For those of you who live outside the U.S., you can download Facebook Home APK directly from here.