Facebook is the world’s largest social network for a reason. When the social network was first made public years back, no one could’ve predicted that it will leave the likes of MySpace, Orkut and Hi5 biting the dust, but the social giant did so. This did not happen overnight, either; steady updates and continuous improvements of the feature set took credit for the the website’s success. Whether Facebook sells users’ data or if it’s privacy policies are lax (to say the least), it’s no hidden fact that Facebook is the top choice for everyone out there for keeping in touch with friends, sharing the ups and downs of their life and almost every other aspect of daily routines.

With the advent of smartphones and later tablets, a good web interface is not a guarantee for a social network’s success, and Facebook’s regular updates to its iOS app – one of the largest smartphone and tablet platforms by user base – is a testament to that fact. If you really consider it, the Facebook app for iPhone and iPad has always been more useful and feature rich as compared to the same for any other platform, especially the Android one (the latter only became useful with the more recent updates; otherwise, it was total rubbish). I remember saying a long time back on Twitter that if I ever switch back to iOS (which I did, mind you), the prime reason would be the more capable Facebook client. Cutting the story short here, Facebook’s update spree for its iOS client is far from over, as the latest one brings voice messages, the ability to record and share videos right from within the app, and an improved Nearby tab. 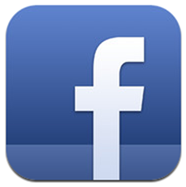 Facebook for iPhone and iPad has just been updated to version 5.4, and introduces the ability to send voice messages to any user that’s in your Friends’ list. It doesn’t matter if the recipient uses the iOS app or not, as messages can be received through the web interface of the social network as well. The ability to send rests with the mobile app, however, and can be accessed via the + button in the chat window. 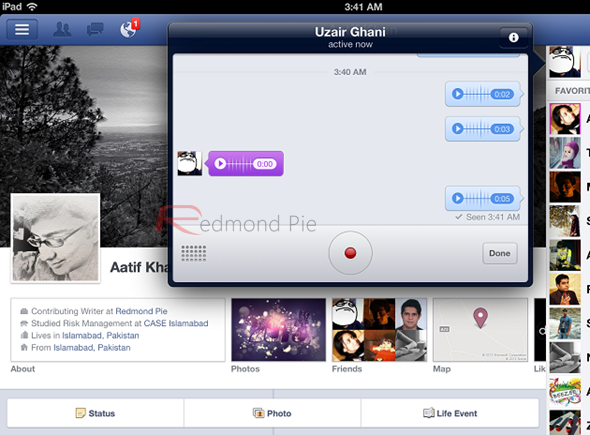 It should be noted here that these voice-based messages were already available in the official Facebook Messenger app for iOS. With this update, they’ve just also been incorporated within the main app. 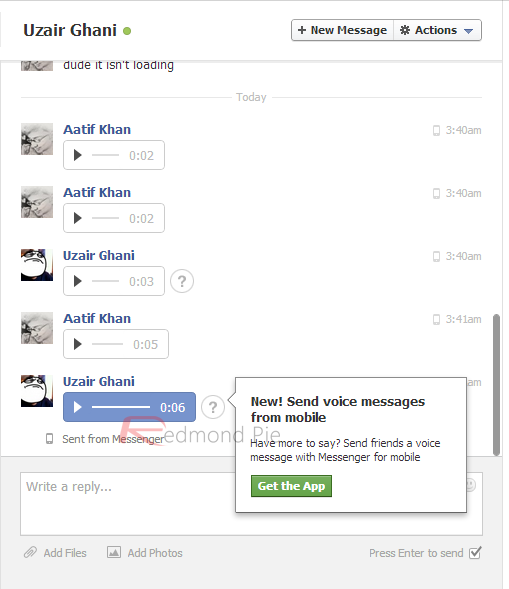 The second new nicety is the ability to record videos from within the official Facebook iOS client. Just choose to share a photo, activate your camera, and you get a nice little slider to switch to recording mode. It isn’t clear what resolution the video would be in, and there are no filters, either, but it’s nice to know that you can now capture and share happy moments on the fly. 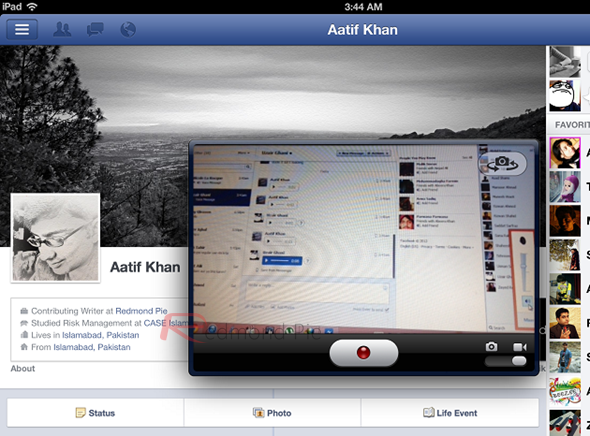 Finally, we have an improved Nearby tab as well, which allows connecting with friends near your current location even easier. The map looks decidedly more detailed, and your friend’s latest check-ins are also populated in the left sidebar. Venues near you are presented in a neat list once you hit the Check In button. Oh, and did we mention that you can see your nearby friends’ profile pictures on the map, too? 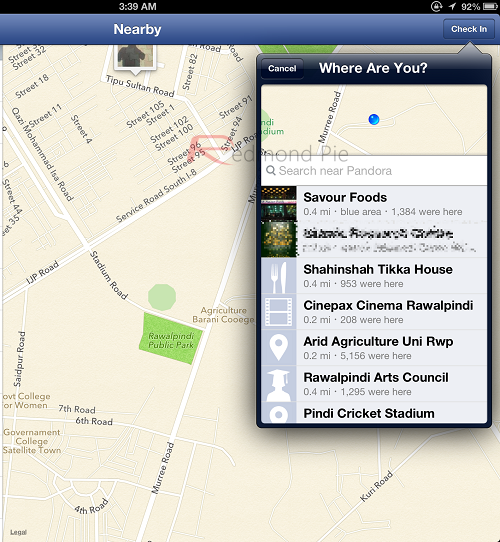 Overall, version 5.4 of the iOS Facebook app definitely deserves applause for something well done, even if it isn’t a major one. If you’re using the app already, the update notification will already be there in the App Store. Otherwise, follow the source link below for first timers to get the app on your iPhone, iPod touch or iPad.