Despite its purchase of image-sharing app Instagram a couple of years ago, Facebook remains dedicated to the task of encouraging users to upload their snaps onto the world’s foremost social network, and as per an official blog post, the company is now adding a couple of useful new features for this very purpose. Notably, the update is dedicated to making it easier and quicker to upload multiple photos on mobile, and with users also able to select the order of the album in swift fashion, should prove a very useful enhancement for rampant photo sharers on both iOS and Android.

Google’s mobile platform has certainly been a lot more accommodating of Facebook’s big ideas over the past couple of years, some of which have been decidedly more successful than others. But while Android’s open source nature has made it easy for Zuck and co. to experiment with the likes of Facebook Home and Chat Heads, these latest endeavors have been prepared for both iOS and Android users to begin enjoying right away.

The culture of rolling out an update or a feature on one platform before the other seems to be dying out, and if you are a perpetual uploader of images on Facebook, this is one particular update you will not want to miss.

So, how do these improvements work, I hear you ask? Once you’ve selected the images you wish to share, you’ll be treated to a preview of how the story will show up on your profile, and from there, you can add captions, an introduction, and generally present an event in exactly the way you want.

Moving photos around is incredibly easy; simply press down on an image and drag it to its new location, and whereas Facebook has long since been quite a disorderly collection of random albums and events, these changes actually allow users to create concise memories of particular journeys, holidays, and other such wonders. 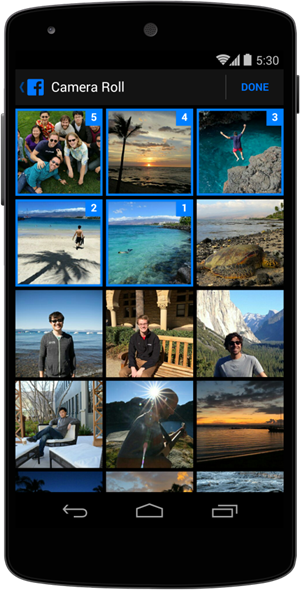 The Facebook app for both iOS and Android is absolutely free and the new and updated features should start rolling out to everyone later today. 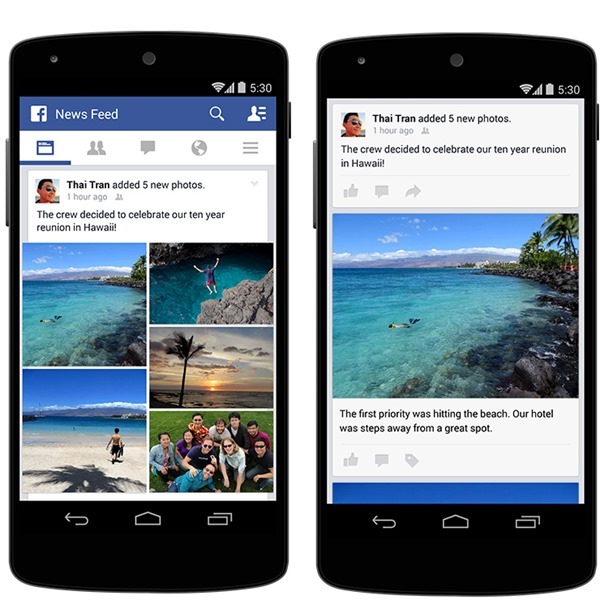