Facebook has been quite active the past few weeks. Only a couple of weeks ago, the social media titan announced a new Reactions feature – that offers, on top of the iconic ‘Like’ button, a slew of additional ways to respond to a post with a single click – and released its Messenger app for the Apple Watch. Now, it’s back with a major update for its iOS and Android apps.

The new update comes with a revamped notifications section that aims to be more than just a feed of links to your recent interactions across the social network. Based on your Likes and location history, the new Notifications tab will proactively curate personalized info for everything from friends’ birthdays and life events to TV shows, sports scores, trending news, local weather and recommended restaurants, displaying each item in a separate card. There’s even a nicely laid out section for the ‘Today in the past’ feature that we’ve grown to love, and these are just a few of the options available as part of initial roll-out. Facebook has promised to add more with time based on user feedback. 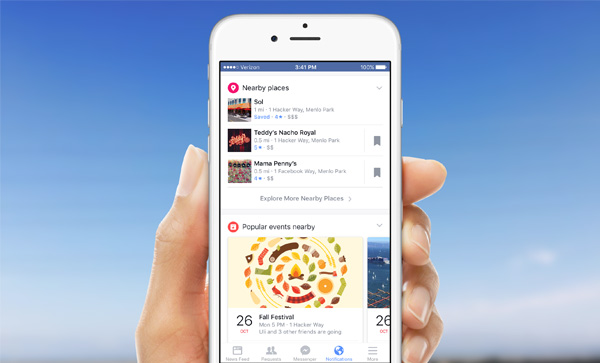 Users will be able to customize each individual card by tapping an arrow to its right and add more cards of interest at the bottom of the section. The new cards will, of course, be shown alongside the usual notifications, with the former appearing below an expandable list of the most recent notifications. 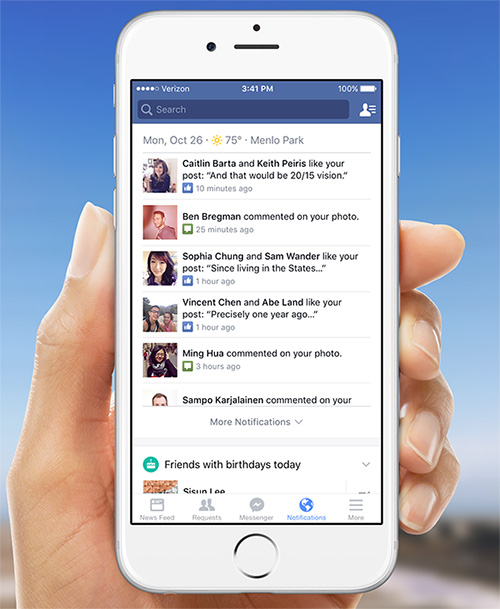 The entire concept and much of the design seems to take cues from Google Now, and even though Facebook’s user-tailored information gathering will be restricted to your activities on the social network, certain users can be expected to disapprove of its apparently intrusive nature. For such users, Facebook already offers the option to opt out of location tracking. Disabling Location History will, however, prevent you from making use of the location-based cards that show movies playing in nearby theaters, local events, weather and restaurant recommendations with reviews. 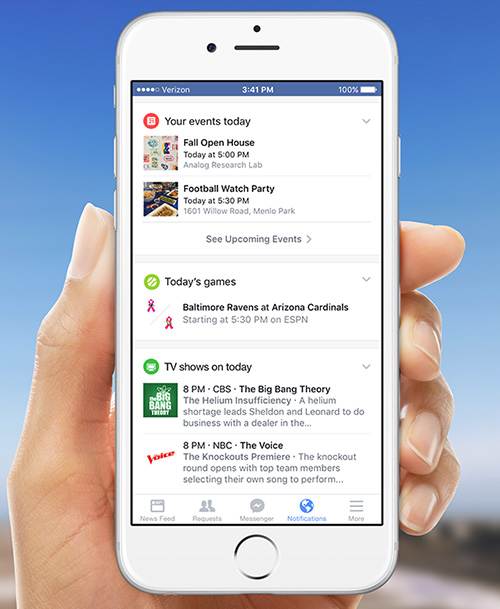 The update has begun rolling out to Android and iOS apps in the U.S. There is no indication of when it will be released to other regions. You can watch the official video demo of the feature below.