ESPN has today updated its ESPN and WatchESPN iOS apps, giving them both access to iOS 10’s Single sign-on feature among other things. Both of the newly updated apps can be downloaded from the App Store right now.

The headline feature of the two apps is the inclusion of support for Single sign-on. Added to iOS in December, the new feature allows cable subscribers to sign into apps using a single set of credentials rather than having bespoke logins for each app or even worse, using the same login credentials across multiple locations. 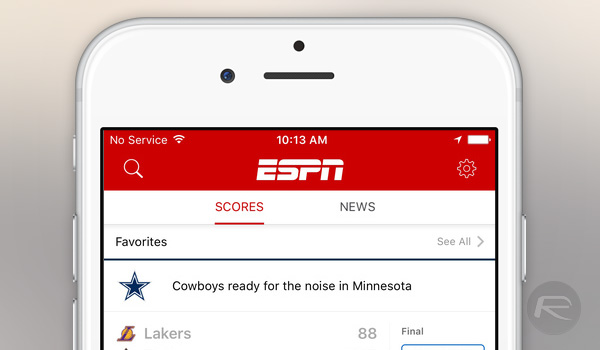 With Single sign-on enabled, users are prompted to ask whether they want to give an app access to their existing username and password. The two ESPN apps most likely won’t be the last to adopt the feature, with other networks likely to jump on board soon if they haven’t already.

If they select yes, then they’re logged in. It’s super simple, and removes just one of the many barriers preventing those who pay for content from being able to easily watch it the way they want. It’s important to note that Single sign-on is currently only available in the United States, but support for content providers outside the US is in the pipeline, according to Apple.

Speaking of watching content the way users want, the updated apps now also support Google’s Chromecast device. Once they download the newly updated apps, users will be able to ‘cast’ their ESPN content from their iPhone or iPad right onto a television screen thanks to Google’s little HDMI dongle. Prefer to watch your sport on a small screen? Video Docking allows a picture-in-picture view of sorts, making room on-screen for more ESPN content whilst you watch the big game. 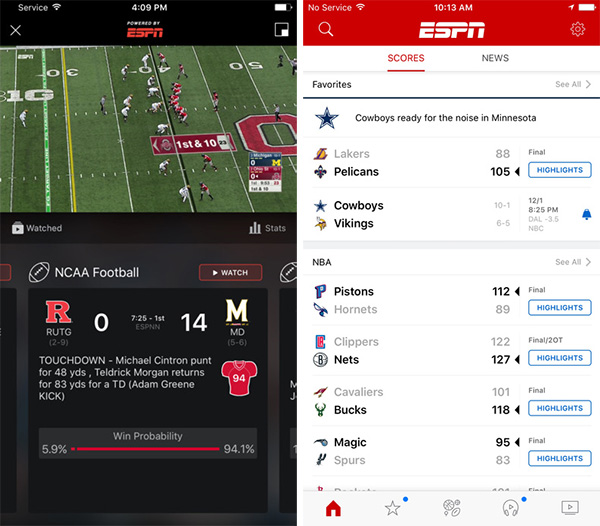 A redesigned interface for fans of golf is also included, with improved leaderboards and such awaiting the avid golfer when they download these updates.

Both ESPN and WatchESPN apps are free to download on the App Store.