The world of jailbreaking has been around for long enough for us to have heard and seen some extremely bold claims. Some of those claims border on the ridiculous, whereas others have some basis in truth, but aren’t exactly as extravagant as they first seem when you delve into the intricacies. Generally speaking, if something seems too good to be true, then it likely is, but does that apply to Faster Charging, a new tweak for jailbroken devices which claims to allow an iPhone to charge faster?

We’re not quite sure who the people are who are demanding power to be served to their device in a faster manner, but they obviously have extremely busy lives and require as little down time as possible. 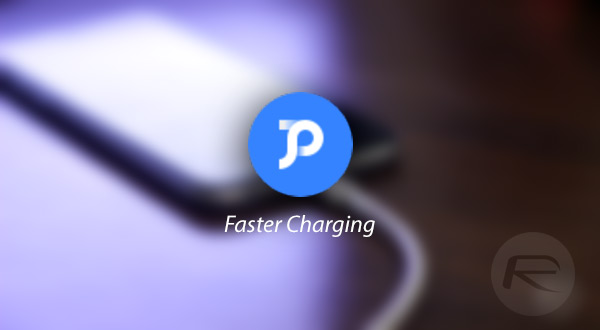 Faster Charging, like a tweak called Wolfram back in the iOS 9 days, claims to allow the device to charge much quicker, and therefore get the device back up to full power faster than a standard charge, but, does it work? The answer is more than likely somewhere in the middle of yes and no.

First and foremost, there’s really no way that a software package, jailbreak or otherwise, could make the stock 1A iPhone charger output more power than it is designed to. Faster Charging will likely give the slight illusion of actually allowing the device to be charged quickly as it is more than likely designed to shut off specific services during the charging process which draw power from the device as it is being charged.

In that respect, with network and other useful services shutdown, the hardware will be drawing less power than usual, and will therefore look like it is charging quicker than usual. 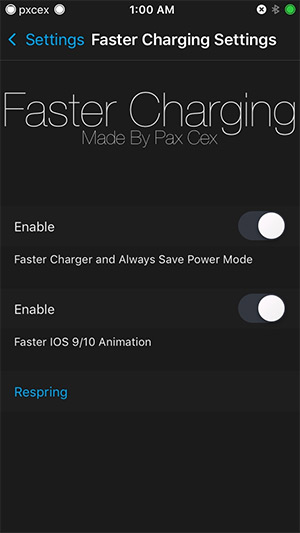 As a lot of iPhone owners have found out, the only real physical way of enabling an iPhone to take on additional power in a faster manner is to use a 2.1A charger designed for use with Apple’s iPad. That charger outputs more power by design for the larger battery of iPad, and has therefore proved very fruitful on the iPhone. And of course, if you are looking for tips on how to speed up an iPhone and its charging time, then you can follow our previous guide on the subject.

Faster Charging can be downloaded for free from Cydia via the BigBoss repository.