We all knew that JailbreakCon was going to feature some of the greatest developers and designers in the jailbreaking scene, but we didn’t know that it would feature some exclusive package releases so early on in the day. UI and UX designer Joshua Tucker has taken the opportunity to announce the release of his Emblem tweak that has been created in collaboration with iOS developer Kyle Howells. Emblem is an iPad only tweak that offers users a new slant of device notifications that has taken inspiration from OS X Mountain Lion.

As mentioned above, Emblem is exclusively available to jailbroken iPad users only, primarily due to the fact that it introduces a new notification system that requires the screen real-estate which only the iPad offers. The core functionality of the package is that it replaces regular banner style notifications with ones which resemble those found in OS X Mountain Lion. 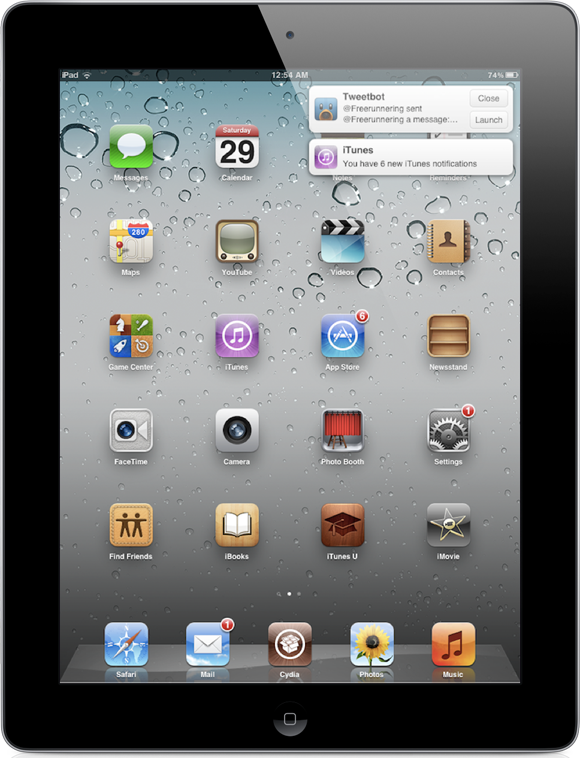 An effective and worthwhile Cydia package should always present value over the stock way of handling things, and Emblem certainly manages to do this with the way it handles incoming push notifications from various apps. The animations that are used to present the notifications are smooth and look fantastic on the iPad, with the dev team also having the foresight to understand that multiple notifications may come through at once and have added in a method of handling this situation in a swift manner. 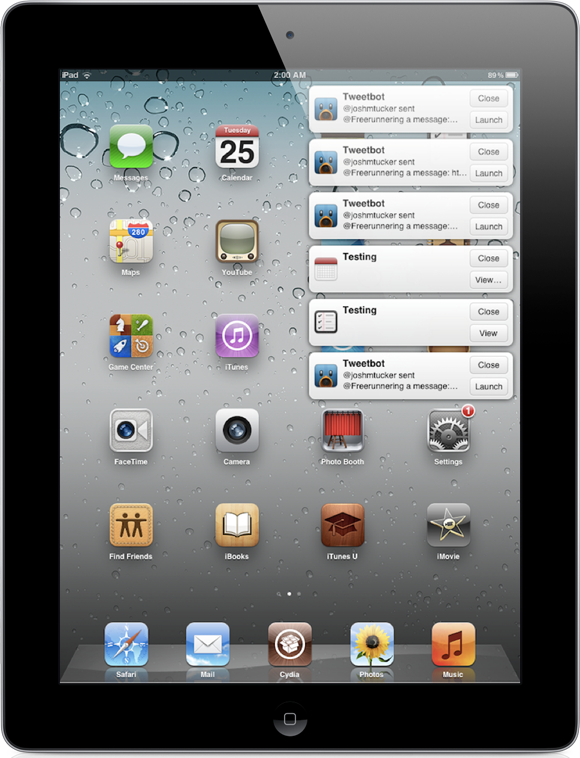 Whenever the same app churns out more notifications, Emblem groups the incoming alerts together into one nicely sized interface at the top of the display. Users can then opt to flick or scroll through the grouped alerts, tapping on the one that matters most invokes the associated app. Additionally, if notifications come through at an inopportune moment then users can simply choose to tap and hold on the alert, and swipe to throw it off the screen and dismiss it. Emblem definitely looks like an improved method of handling incoming notifications and we highly recommend that you give it a shot, if only you’re looking for an alternative to Notification Center style alerts. 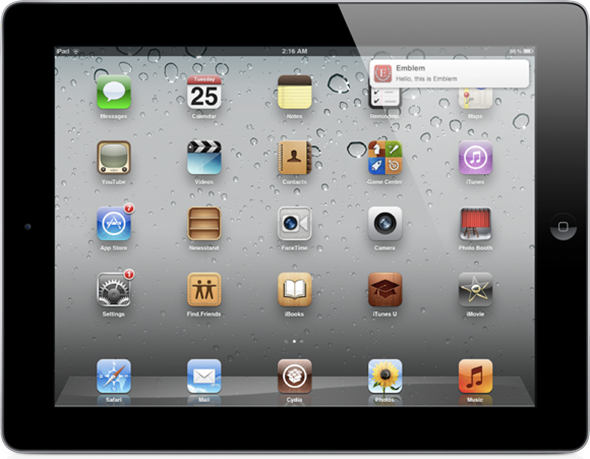 The Emblem package is available as a $1.99 download from the ModMyi repository and requires a jailbroken iPad running iOS 5 or above.