The guys over at the Dropbox development team have been working hard on pushing out version 1.5 of their iOS app, which now has been given the green light by the Apple review team and released into the App Store for download. If you head on over to the Updates section of the store, the latest version should be showing up for immediate download. Although Apple and Dropbox have had their differences in recent times, this latest release has obviously done nothing to rub Cupertino up the wrong way. 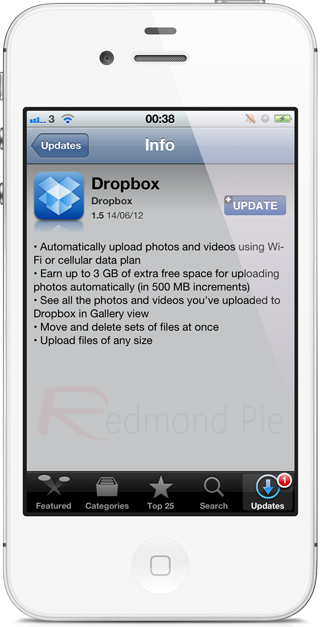 Rather than just containing the obligatory minor improvements and bug fixes, v1.5 of Dropbox is actually an update one should pay attention to and brings significant improvements and feature updates, which in turn offers users a greatly increased mobile experience.

The first and probably the most important inclusion in this update is the ability for users to now automatically upload photos and videos directly to their account from the device itself by using the mobile app interface. The desired media can be taken from the Camera Roll, saved albums or by using the camera on the device, with the upload capabilities working across a Wi-Fi and cellular data connection. 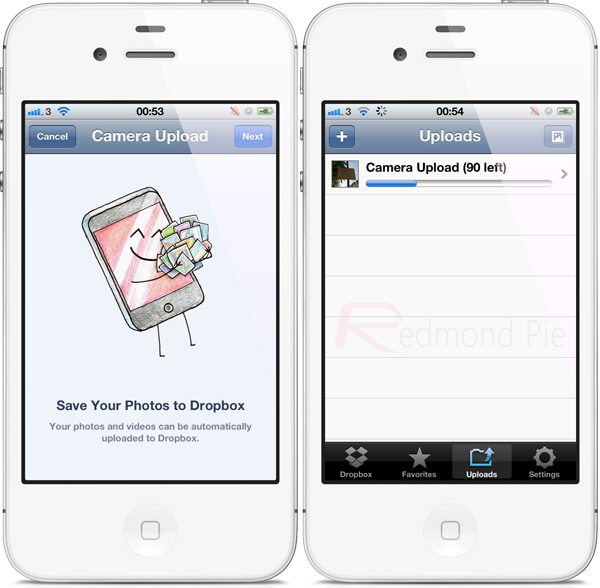 In a similar fashion to what we have seen with the Android version of Dropbox some months ago, the company is also offering iOS users the option of earning additional storage space, and that too for free.

The increased 3GB of storage space can be earned by uploading photographs using the account, with an additional 500MB being added to the overall account total each time. As well as the option of actually using the mobile app to push photographs to the cloud, users can now also view all of the previous videos and images that have been uploaded using the new gallery view.

The update couldn’t really come at a better time for loyal users, as Dropbox is heading into an era that is likely to take them further down the path of concentrating on media storage such as photographs and videos.

Offering users a more streamlined ability to upload said media through mobile devices is obviously a direct benefit to their member base, as is the small addition of now being able to upload files of any size, something that is perfect for those large high-definition video files which the iPhone 4S churns out. If you happen to be a Dropbox user, head on over to the App Store now to claim your free of charge update to version 1.5 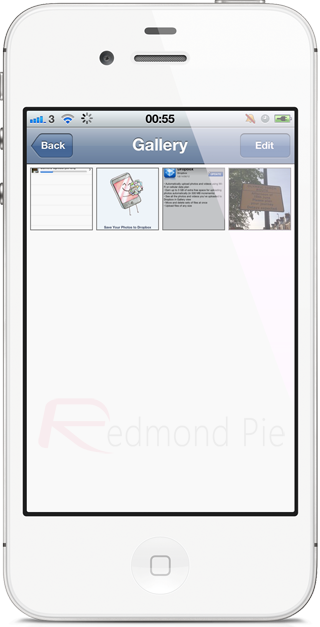