One thing that has consistently managed to baffle and bamboozle users since the launch of the iPhone is the lack of the ability to mass delete messages and mails from the device. When sending and receiving texts or iMessages, it isn’t long before the Messages app inbox has a seemingly endless list of conversations, enough to drive me crazy. 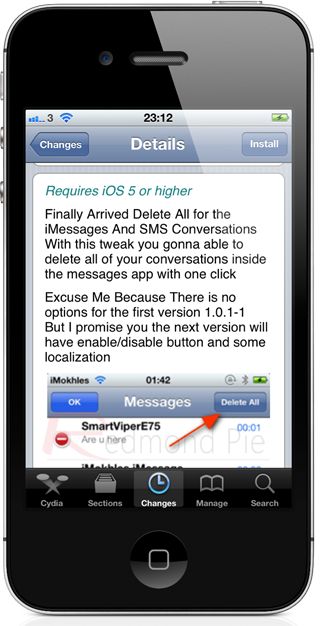 In all honesty, I expected Apple to combat this issue by now, but either they don’t see it as a pressing issue or just don’t want that functionality in for one reason or another. Thankfully, where the fruit company falls down, the jailbreak community is usually there to step up to the plate. The latest example of this is the iDelete-MSG tweak that has found its way into Cydia in the last few days, with no prizes being dished out for those who guess what it does.

There could be many number of reasons why a user might want to remove conversations from the text message inbox. Personally speaking, it all boils down to mild obsessive compulsive disorder, but in some instances, the list gets so long it is difficult to manage or the device might just be getting passed onto someone else and the messages are needed to be removed. When installed, the iDelete-MSG tweak hooks directly into the Messages app and adds a new button to the top navigation bar when the default ‘Edit’ button is tapped. 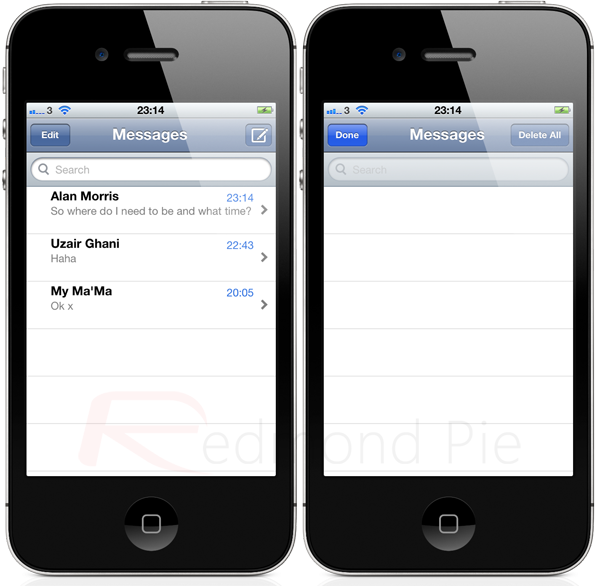 The new ‘Delete All’ option does exactly what it says on the tin and promptly removes all message conversations from the inbox when selected. No additional home screen icons or settings preferences are added to the device when installed. It is difficult to pick faults with simple tweaks like this which actually serve to make the user-experience of an iOS device that little bit better. My only gripe with this tweak is; it would be great if the developer introduces a confirmation box before deletion of messages takes place, it would be a handy little addition to an already-perfect tweak.

iDelete-MSG is available as a free of charge download from the BigBoss repository and requires iOS 5 or above to be installed on the jailbroken device.