With the new iPhone 6 and iPhone 6 Plus now beginning to go on sale around the world, eager buyers are lining up in order to try and make sure they’re amongst the first to walk away with Apple’s latest wares. But what do you do when you’ve lined up for hours in the cold in order to spend a small fortune on a new smartphone?

You throw it on the floor, of course.

The art of buying phones and then dropping them onto hard flooring isn’t exactly new, but those who wonder how durable new iPhones are tend to be more thorough than most. We’d argue that anyone dropping a brand new smartphone on purpose would need to be more than a little sadistic, but there you go. 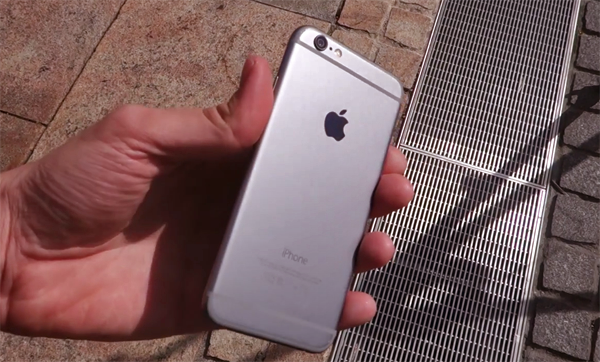 The latest company to sacrifice a couple of new iPhones in the name of science is PhoneBuff, who picked up a shiny iPhone 6 and iPhone 6 Plus before dropping them on their fronts, sides and backs in order to see what would happen. Predictably, they didn’t survive too long.

During the drop tests, the iPhone 6 cracked when it landed face-down while it survived relatively unscathed when it fell onto its side or back. Worryingly though, the iPhone 6 Plus cracked as soon as it touched the floor, whether it landed screen-down or not. Larger smartphones have long been susceptible to cracks thanks to the size of their glass panel. It seems the iPhone 6 Plus is no different.

Both new iPhones are now on sale and while we can only hope that few people drop their phones so early into their ownership, it already appears that they’re unlikely to survive too many times if they do.

After watching the video, it’s pretty clear that it’s a good idea that we should add some sort of protection over our handsets. In the case of the iPhone 6 or iPhone 6 Plus, we’d recommend going with Apple’s official leather or silicon cases. They might cost you a few extra bucks but at least you won’t end up with a shattered display. And we all know that we don’t want that to happen to our investment. Or do we? Of course we do, we don’t want things to get messy on day one.