Draw for 2010 FIFA World Cup has been announced today in a star-studded event held at Cape Town’s International Convention Centre in South Africa. Jerome Valcke, who is the FIFA secretary General chose the balls along with the Hollywood superstar Charlize Theron from the four pots to create the eight groups for the World Cup event which is scheduled to be held next year. The draw, which consists of the top 32 teams in the world has been divided into 8 groups, which can be seen as follows. 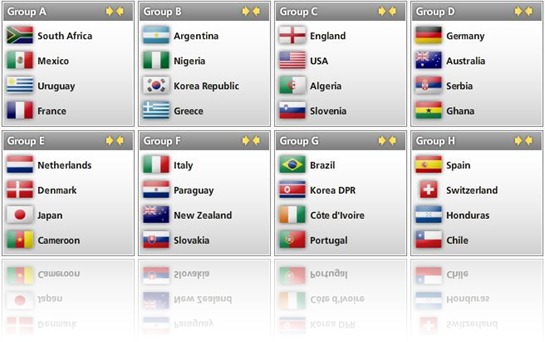 FIFA World Cup 2010, the first ever to be held in African continent, will kick off on 11th June at Johannesburg with a match between the host South Africa, and Mexico.