Apple has plenty of reasons for users to stay within its ecosystem, especially in the world of iOS. FaceTime and iMessage have long been two of the biggest, and while Apple did once promise to share its working out and make portions of the duo open-source, it never quite happened.

The lack of iMessage has often been pointed to as reasons people simply cannot contemplate making the jump from iPhone to Android phones, for example, and Apple clearly knows that. There have been hacks to try and get iMessage working on Android phones before, with limited success. A new app works surprisingly well, though, at least for now. 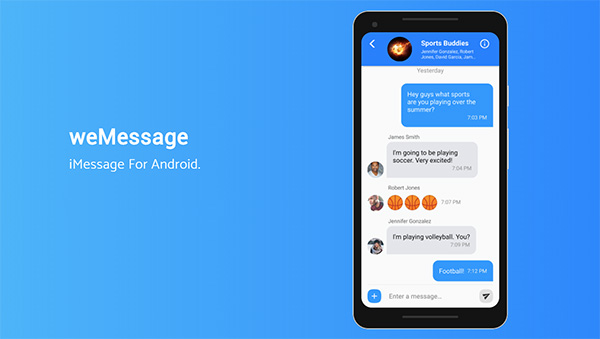 There are, of course, plenty of competing instant messaging platforms that do things as well as iMessage. Facebook Messenger, WhatsApp and Telegram are some, but there are so many more. Still, iMessage has a huge pull thanks to its native and seamless inclusion in all iOS and macOS devices, making it difficult to pull away from. weMessage for Android brings iMessage to the competition, and it actually works.

As if iMessage on Android couldn’t get any cooler, the fact that it is an app and server-side combination created by a 16 year-old boy just blows our mind. Take a bow, Roman Scott. He posted to Reddit to share his work and, as well it should, it got plenty of attention.

weMessage is composed of two pieces of software: the Android app itself and a messaging server that I called the weServer. In order to use weMessage, you need to install the weServer on a Mac computer. The weServer acts as a “bridge” between the Mac computer and your Android device. The weServer is a messaging server that processes and relays iMessages to and from the Android device. The reason why an Apple computer is needed is because the iMessages need to be sent through an Apple device in order to be delivered. The iMessages need to be sent through Apple’s servers, and the only way to do this legitimately is to use an Apple device. If the weServer supported Windows or Linux, I would not only be violating several EULAs but would be relying on an exploitation that would likely be fixed in the future. 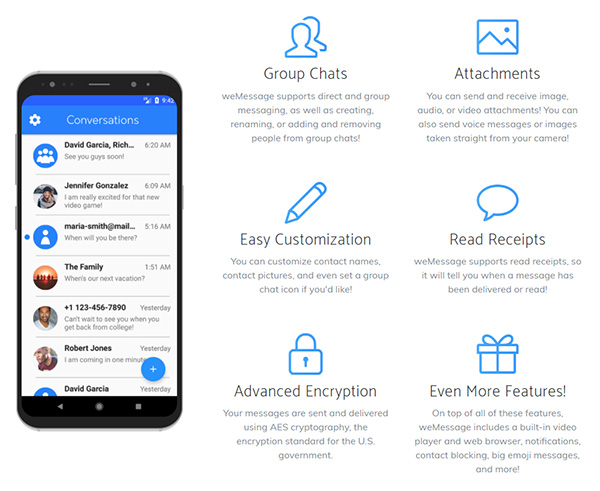 Of course, the idea of using a Mac app to serve iMessage messages to an Android device has been done before and, as is to be expected, Apple has found ways to prevent those methods soon enough. So far, Scott’s method works just fine but we would try not to get too used to it. We certainly wouldn’t want to base a switch from iOS to Android on it, that’s for sure!