Apple may owe its success to the iPhone and Mac range of machines, but recently its the fourth-gen. Apple TV that has gotten Apple fans captivated given its speedy evolution. The arrival of Tiny Wings on the tvOS platform is definitely not a surprise addition to the increasingly populated tvOS App Store, but it is one that will excite fans looking to simply unwind on their couch and help a bird slide across hills. 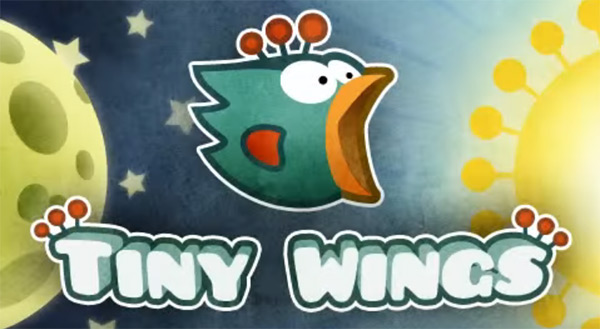 For those unfamiliar with the game, it’s all about helping a tiny-feathered bird conquer life! Okay that was a bit over dramatic, but since you -the bird- have feathers that don’t support flight, you will find yourself sliding across hills and timing your limited flight to leap across greater distances.

Use the hills as jumps – slide down, flap your wings and fly! At least for a moment – until this annoying gravity brings you back down to earth. But the next hill is waiting for you already. Watch out for the night and fly as fast as you can. Otherwise flying will only be a dream once again.

The game is beautifully designed with over 25 levels that have all been hand drawn, and with the controls being as simple as a timely tap or button press, you can focus on the fantastic-looking worlds. Perhaps even more spectacular is the fact that the developers have packed in “procedural generated graphics will make Tiny Wings look different every day you play.” 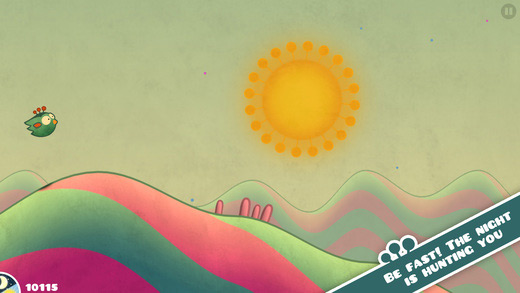 To play the game, the developer has added support for using iPhone or iPad as a controller, Siri Remote, and even Apple MFi compatible game controllers. More so, two players can also be play the game using a single Siri Remote.

-simple but skillfull “one button” (ok… maybe “one tap”) arcade game about the dream of flying
-the world is changing every day – so it does in this game! Procedural generated graphics will make “tiny wings” look different every day you play
-upgrade your nest by fulfilling tasks
-Two game modes: “Day Trip” and “Flight School”
-Play as the mama bird or one of her four children
-25 hand-designed levels in the new “Flight School” mode
-iCloud support (even syncs your game between the iPhone & iPad versions)

Tiny Wings will cost you a mere $0.99 on the App Store, and is a universal download for the iPhone, iPad, and Apple TV.