You can now download macOS 10.12.5 final version and update your Mac to the latest macOS public release from Apple. Here are the details.

After a decent period of beta testing with developers and public testers, Apple has today finally made macOS 10.12.5 available for public download via the Mac App Store for compatible Mac hardware. Apple’s internal engineers have finally deemed testing a success, meaning that macOS 10.12.5 is finally in a position where it can be downloaded and consumed by Mac owners across the globe. 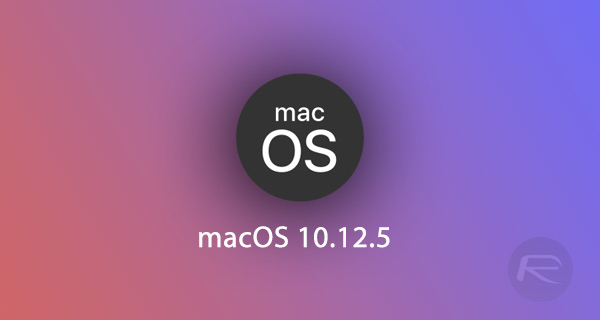 Having new available app updates is always a treat. Especially when you get to sink your teeth into an extensive changelog and see exactly what the developer has brought to the table. However, opening up the Mac App Store and being presented with a new version of macOS is slightly more exhilarating as it means that Apple has finally deemed a version ready.

It also means that there’s likely a number of new features and additions to look forward to, or, in this case, a comprehensive set of under-the-hood improvements to make the platform more performant and streamlined on all Mac hardware.

As for what Mac owners can actually expect with the release of macOS 10.12.5? Well, this is the time when it’s prudent to put aside all lofty hopes and ambitions. With Apple likely to introduce the first developer seed of macOS 10.13 in just five weeks, this point release definitely wasn’t going to be packed with substantial feature improvements. Most of the macOS 10.12.5 beta releases came with Apple’s boiler plate “improves the stability, compatibility, and security of your Mac” tagline, meaning that it’s generally a bug fix and stability update which is likely laying the foundation of what’s to come with macOS 10.3.

The lack of features is actually to be expected considering Apple introduced a number of key improvements with macOS 10.12.4. Sandwiched between macOS 10.12.4, and the initial developer seed of macOS 10.13 next month, macOS 10.12.5 was always going to pale into insignificance when comparing additions. For those lucky individuals who do own a compatible MacBook, MacBook Air, MacBook Pro, or iMac, the latest update is now available to download from the Mac App Store with immediate availability.

Launch the Mac App Store, head to Updates tab, and grab it right now. After installation, the Mac will need a full reboot for the update to take effect.