The importance and popularity of music is at an all-time high, thanks to companies like Apple and Google who have pioneered the use of digital infrastructure to deliver content directly to a range of devices. In an effort to promote music downloads and give back, Google is offering Prism by Katy Perry as a free-of-charge download.

If you happen to be an adoring, screaming, hysterical and all-knowing fan of Katy Perry then the chances are that you already own a copy of Prism. After all, it was released in October last year, and any true fan purchases new content immediately, right? If you’re one of the pop star’s part-time fan, or simply one who prefers to passively listen to her music on TV or radio stations rather than part with hard-earned cash to legitimately buy the album outright, then Google’s musical generosity could be the perfect offer for you to sink your Android owning teeth into. 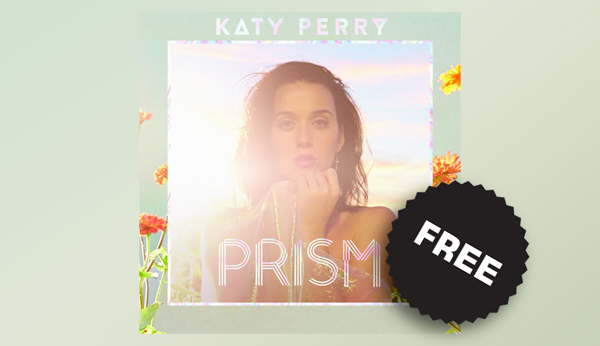 Prism was initially released by Miss Perry and Capitol Records in October last year. The record features 13 tracks that exist to take the listener on a musical journey, encountering a number of varying emotions on the way. Nausea is an emotion, right? Still, if inventive pop music is your thing then tracks such as “Dark Horse”, “This Is How We Do”, “By The Grace of God” and “Walking On Air” all feature on the album and are included as part of Google’s generosity. As a comparison, both Apple’s iTunes Store and Amazon are currently offering the same album for download at a one-off purchase cost of $7.99. Free seems an absolute bargain by comparison. 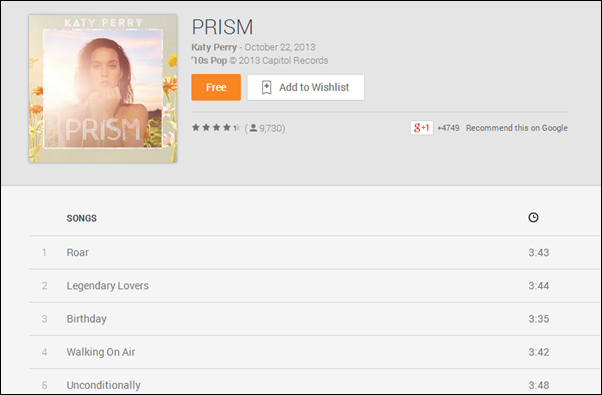 To be in a position to download Katy Perry’s finest creation for free, users of the Play Store are required to download the entire album at once rather than accessing and downloading each individual track one-by-one – you can go directly to Prism on the Play Store using the download link below.

Simply go here and download the whole album for free. And as we mentioned above, individual tracks will cost you $1.29 each, but the entire album is absolutely free. Somewhat strange but hey, it’s free! So there’s no way you should say no to this one.

So what are you waiting for? Have you downloaded your copy already?