Despite a distinct lack of any new hardware in recent times, Apple TV’s wealth of available content continues to increase, and now, Showtime Anytime has been added to the set-top’s repertoire. Full details can be seen below.

During its lifespan, Apple TV has been largely overlooked by Apple and consumers alike, but with those incessant rumors of a connected TV effort having now died down for good, it’s finally being treated with a little more respect. In fact, over the past year or so, Apple has been adding new content and tying in deals on a weekly basis, and the once-scant UI is now bundled with apps. 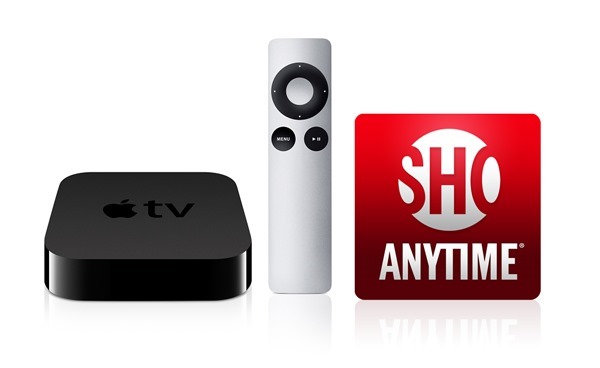 Showtime is a premium network of the United States, and with Showtime Anytime having finally joined Apple TV, fans will be able to tune in to their favorite shows at, well, any time.

Apple has been busily preparing the iTunes Festival Apple TV app once more in advance of the annual musical event, but Showtime Anytime is a real coup for Apple TV that will surely go down well with the user base.

As is often the case with these network-based streaming apps, users will need to be subscribed in order to access content, but along with plenty of on-demand shows available, there’ll also be some access to live broadcasts.

A range of broadcasters, including AT&T U-Verse, Bright House Networks, Comcast Xfinity, Cox, DIRECTV, Optimum, Time Warner Cable and Verizon FiOS are supported by Showtime Anytime, and if you instead happen to be using one of the regional services, you’ll be glad to know that plenty of these also fall under Showtime Anytime’s jurisdiction.

With the likes of House of Lies, Dexter and Homeland all available to watch on Showtime Anytime, the network has some of the very best shows under one roof, and of all the recent additions to the Apple TV line-up, this is perhaps the most exciting we’ve seen yet.

So, if you’re an Apple TV owner covered by one of the long list of broadcasters, you can enjoy some of the most popular shows right now on Apple TV.

Looking ahead at Apple’s busy release schedule, it seems unlikely that the lingering question of new hardware will be answered any time soon, but should we hear of anything interesting, we’ll be sure to let you guys know.