Whenever a new iOS device releases into the wild, Apple works hard to ensure its software its up to scratch, and any lingering bugs are identified and eradicated post-haste. Aside from the obvious issue of iOS 6 Maps, the release of the latest and greatest mobile firmware from Apple has been relatively incident-free, and having released iOS 6 beta 1 to developers only ten days ago, iOS 6 beta 2 has now been released.

The latest beta is build number 10B5105c, up from number 10B5095f of the first iOS 6.1 beta. As was the case with that initial beta, Apple has identified a number of alterations from iOS 6.0.1 in the changelog, and it seems pretty clear Tim Cook’s promise of a better Maps app is being put into motion. The Cupertino helmsman was forced to go on record and apologize for what remains a pretty lackluster app, and with iOS, shall we say, under new management after the departure of iOS Senior Vice Pres. Scott Forstall, Apple’s first port of call has been to present a Maps app in the same league as competitors.

iOS 6 beta 2 offers developers insight as to how they can integrate the new Maps service into their third-party apps, which is a positive step forward for Maps post-Google. At this point, few developers will want to go gung-ho and intertwine their app with Maps, but the beta allows app makers to lay the foundations so that should the day come that iOS Maps is no longer substandard, apps benefitting of navigation and such will be ready to go. 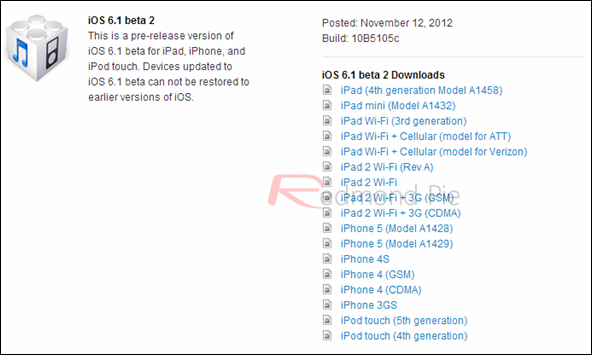 This release is only available to those registered to Apple’s Developer program, so should you want to test out the very latest beta, please register to the $99 per year package. 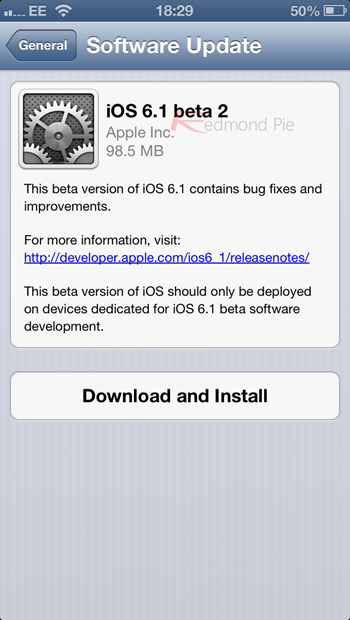 As well as the iOS beta release, there’s a new Apple TV beta, and the Xcode 4.6 Developer Preview 2 is also available. If you’re a registered developer, head over to the iOS Dev Center and get downloading. If you already have iOS 6.1 beta 1 on your device, then the update is also available as an OTA which you can get your hands on by heading over to Settings > General > Software Update.