Download: Install AltStore On iOS 13 / 13.1.1 Without Jailbreak As An Alternative To Apple’s App Store

You can now download and install AltStore on iOS 13 / 13.1.1 without jailbreak as an alternative to Apple’s App Store. Here are the details on it.

Apple’s App Store is great for many reasons, but if you want to distribute an app that won’t pass its guidelines, you’re out of luck. Emulators are a prime example of that, although jailbreakers feel they have the solution to all that. With jailbreaking becoming less popular and Apple winning that particular security battle, a new store has appeared and you don’t need to jailbreak in order to use it, unlike Cydia. 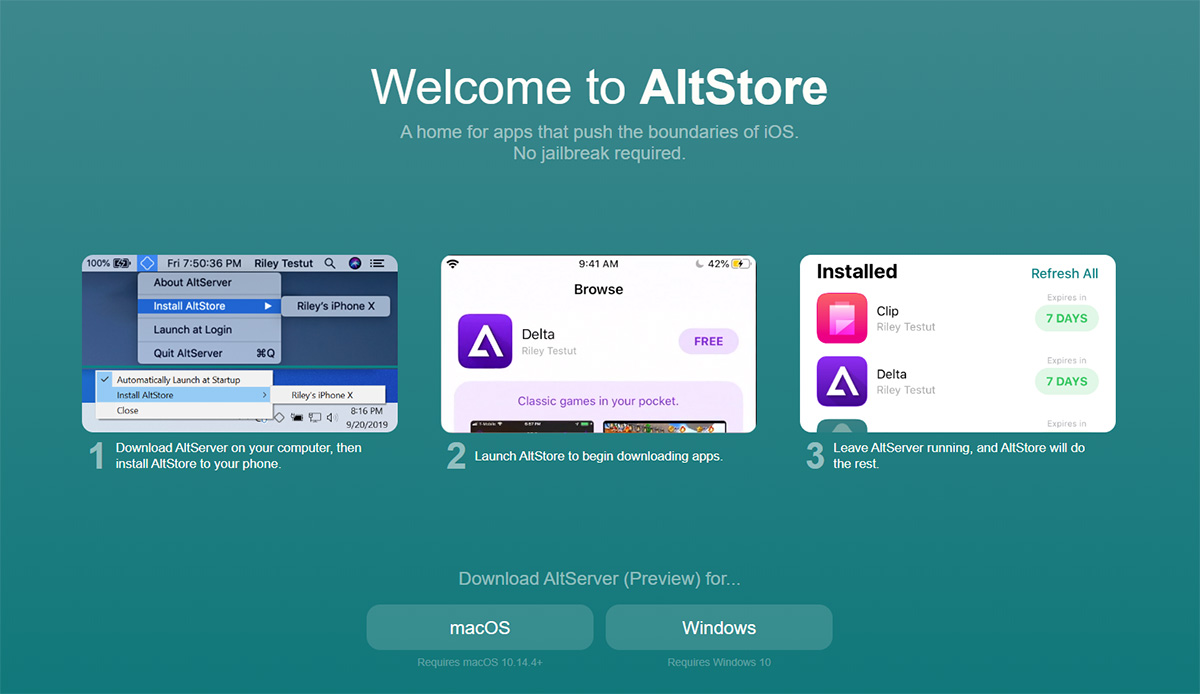 AltStore was developed by Riley Testut and it works just fine on iOS 13. But in order to make this work, Testut is using a feature that is supposed to be used by developers to allow them to test their apps before they are submitted to the App Store. That, we can’t imagine, is something Apple will be pleased with. However, because no enterprise certificates are used, this might be more difficult for Apple to kill off.

So, what is AltStore? AltStore is an alternative app store for non-jailbroken devices. Unlike other unofficial app stores today, AltStore does not rely on enterprise certificates, which Apple has been cracking down on more and more recently. Instead, it relies on a lesser known developer feature that allows you to use your Apple ID to install apps you’ve developed yourself with Xcode, Apple’s development toolkit. This is intended for people who might otherwise be unable to purchase a $99/yr developer account themselves (such as students) — but as it turns out there’s no technical reason why it’s limited to just apps installed from Xcode.

While this route of installing apps normally requires Xcode, AltStore works by simulating that process via a companion app that is available for Mac and PC. Those apps allow users to side-load apps onto their iPhones without going anywhere near the App Store.

Right now, there’s only one app available via AltStore – the Delta NES emulator – but the theory is that more can be added in due course. Whether that actually happens, however, is anyone’s guess at this point. We’re also super interested to see what Apple has to say about things, especially given the AltStore companion app will ask for your Apple ID credentials. 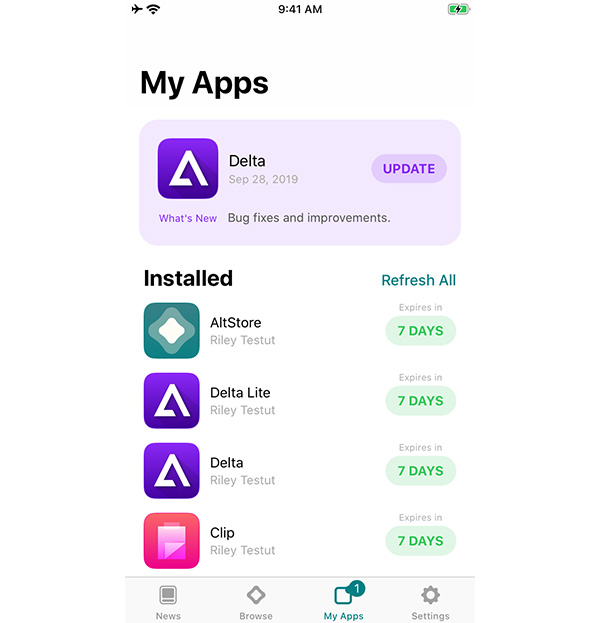