Most of us will actually take the opportunity to upgrade our hardware to the latest offerings whenever we have the chance. Usually, that means working on a daily basis with one of Apple’s modern iPhones, or interacting regularly with an iPad Air or an iPad Pro. For those who use an iPod touch, a modern version is generally classed as a fifth-generation or above.

Some individuals, however, simply refuse to upgrade. Sometimes because they simply don’t have the means, and other times because the hardware still does what they need it to do and there’s just no real reason to change. The new Grayd00r 9 is aimed at those individuals by bringing an iOS 9-like interface and a collection of new features to older devices. 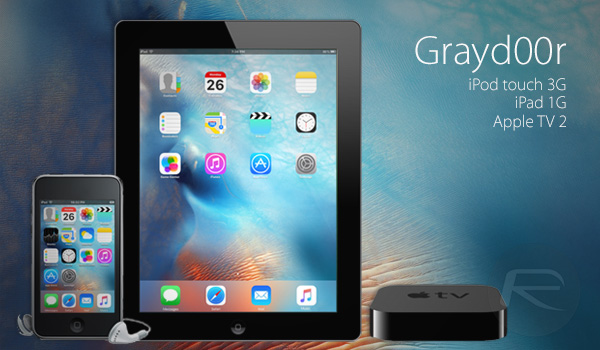 This isn’t the first time that we’ve seen a little development of this nature make its way into the public domain for Apple device owners. The same team brought us Whited00r 7 a number of years ago that brought the look and feel of iOS 7 to the first and second-generation iPhones and iPod touch devices, succeeding their Whited00r 6 and original Whited00r custom firmware. Grayd00r 9 is a continuation of that project that mimics iOS 9 on the iPod touch 3G and original iPad, but that also brings some really excellent features along with it. The team’s website talks about it in a little more detail:

Grayd00r is configured a mix of speed and features by default, being faster than stock iOS by default. Many system services have been disabled to improve performances. However, we provide users with options to even further speed up the experience if they wish, by disabling even more features they may not ever use. 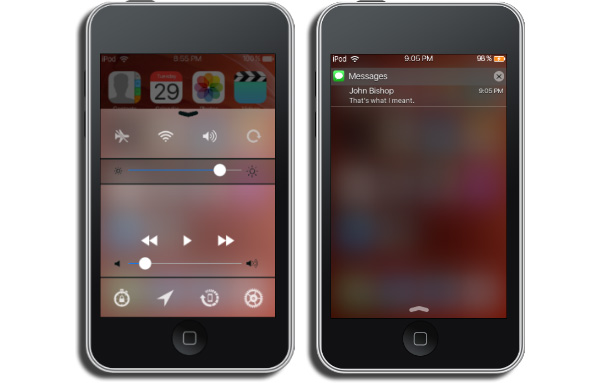 Grayd00r will appeal to users for a number of reasons. There’s the aforementioned performance improvement that comes from disabling certain system processes, but there’s also a nice little Slide Over application switcher for those who install onto an iPad, a Control Center port, software updates that can be achieved over-the-air, and even a fantastic Time Machine-esque feature that lets older versions of apps be discovered and installed when and where necessary. If there’s a version of an app that would perform better on older hardware, then Grayd00r will likely be able to access it. 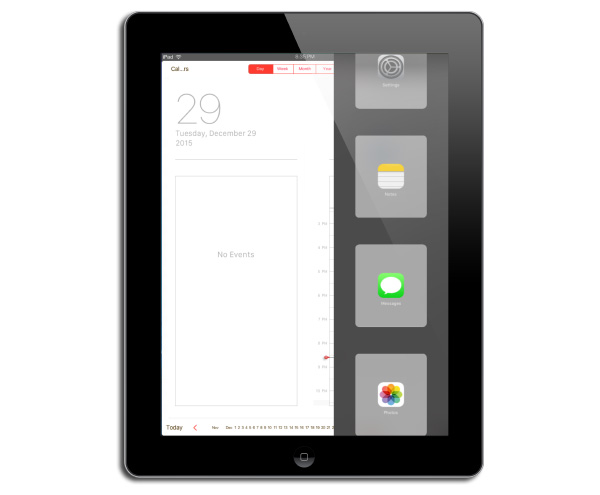 Slide Over feature for the first-generation iPad

The second-gen Apple TV has also been shown some Grayd00r love, but at this point, the custom firmware only gives the old set-top box the flat UI enjoyed by Apple TV 3 owners. It seems development for Apple TV 2G has been halted to focus on the Grayd00r 9 variant for the iPod touch 3G and first-gen iPad, and there is no mention of when it’ll be resumed or what’s in store for users who wait. 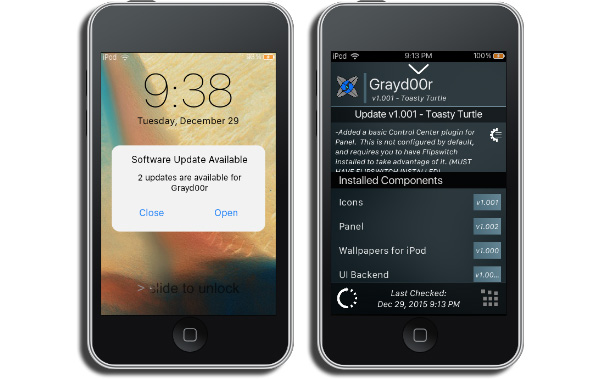 There’s more about Grayd00r over on grayd00r.com, including a simple walkthrough on how to get up and running with it on compatible devices. We’ve embedded the installation video guide below. Needless to say, you might want to backup your device and exercise caution at each step if you haven’t done this sort of thing before.