Apple has today given Mac, Apple TV, and Apple Watch owners something additional to sink their teeth into. On the back of today’s iPhone-related media event, Tim Cook’s company has also seeded Golden Master (GM) versions of tvOS 12, watchOS 5 and beta 11 of macOS Mojave all of which are available with immediate effect.

This combination release represents a significant milestone for Apple and the future of its hardware and software. Most of today’s attention will be focused on the company’s 2018 iPhone range but these releases signify that Apple is essentially happy with the development of macOS 10.14 Mojave, tvOS 12, and watchOS 5, with the beta 11 and Golden Master seeds respectively essentially representing a code freeze ahead of a final public release. 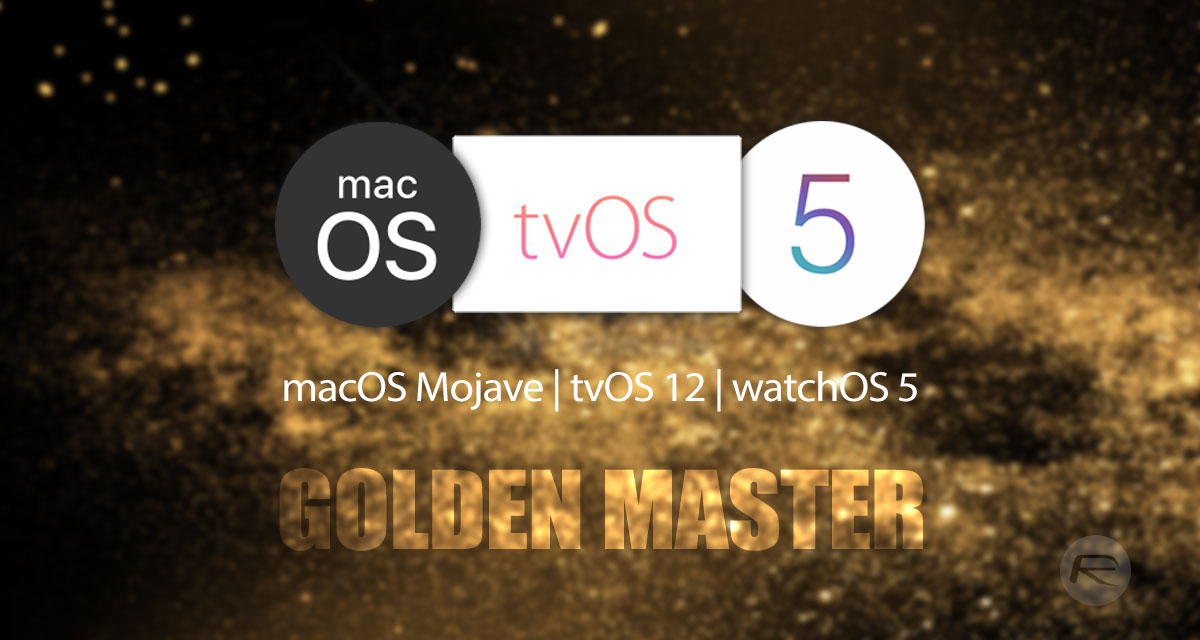 tvOS 12 GM: Each and every year, Apple TV owners find themselves asking exactly what Apple can do next with tvOS and the Apple TV platform. And, each and every year, Apple answers that call, albeit with minimal and incremental features and improvements. With tvOS 12, we have relatively minor improvements with additions like Dolby Atmos support, Zero Sign-on, brand new aerial space screensavers, and even password autofill. All relatively small but very important improvements.

watchOS 5 GM: watchOS 5 is all about being more active and new ways to encourage that directly from Apple Watch. Activity Competitions are now a thing along with an improved Workout functionality. Apple has also taken the liberty of porting the Podcasts app across to Apple Watch as well as introducing Walkie Talkie functionality. A smarter Siri assistant and improved notifications finish off what is a very powerful update for watchOS.

macOS 10.14 Mojave Beta 11: macOS Mojave is Apple’s next step forward in naming its desktop platform after Californian landmarks. iPhone and iOS 12 may be in the limelight but macOS Mojave is the challenger to that attention-seeking throne and is definitely a progression that Mac owners are looking forward to. In addition to offering the epic name “Mojave,” this version of macOS comes with a new Stacks feature to increase organization on the desktop, a brand new system-wide Dark Mode that looks stunning, a more intelligent Siri throughout, and even a stunning dynamic desktop that changes throughout the day based on time.

All of the builds mentioned above are available to download right now for registered developers from developer.apple.com and will more than likely be the final builds that actually get released to the public later this month.