We may be a generation of app addicts, but our ties to television remain as strong as ever. Amid the swathes of apps and games available to download, the likes of the iTunes Store offer countless TV shows, and such is the vastness of the library that we needn’t ever leave the house. Indeed, many don’t, and if you’re a self-confessed TV addict looking for your latest fix, then iTunes has you covered with the first episode of Better Call Saul, as does Amazon.

You don’t have to be more than a casual watcher of television to have heard and or seen Breaking Bad. The now-finished series has been lauded by many fans of one of the best ever, and like many of the greats, has its very own spin-off in the form of Better Call Saul. 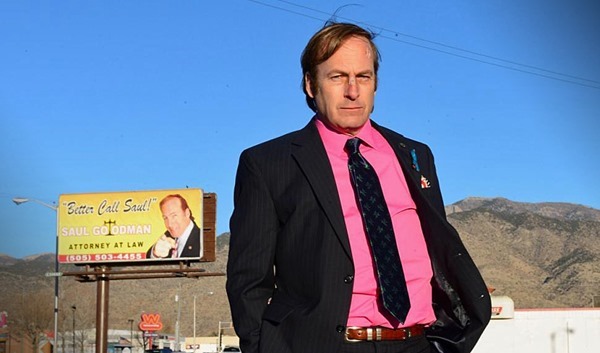 Billing it as an extension of Breaking Bad leaves Better Call Saul with rather large shoes to fill, and to make matters worse, it premiered on the night of the Grammy’s. Thus, you may have missed the first episode, but if you did, there are ways to watch it legally online, in high-def, for free.

On both the iTunes Store and Amazon, you can snap season 1, episode 1 of Better Call Saul, and what’s more, the second episode will be airing tonight at 10pm EST on AMC. So once you’ve had a peek, you’ll immediately be able to see what’s next, although if you’re like me with your TV series, you’ll probably be waiting until the end of the first season before indulging.

Like so many spin-offs before it, Better Call Saul is set before Breaking Bad, and is set six years before Saul Goodman assumed the role of Walter White’s lawyer. 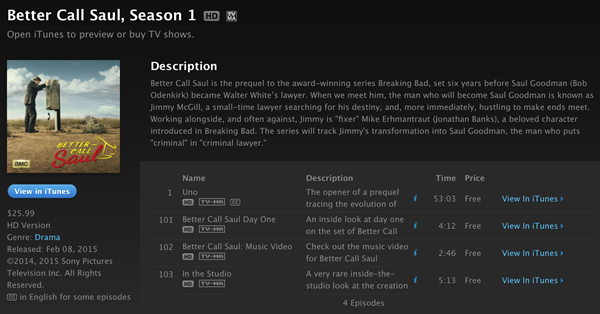 We won’t add any spoilers, although suffice to say we’ve already seen this episode of Better Call Saul, and if you’re looking for long-term viewing, you’ll be pleased to know that this first season of 10 episodes will likely be followed up by a 13-episode long second season.

Whether it will repeat the popularity or longevity of Breaking Bad remains to be seen, but with so many having lamented the end of the iconic show, Better Call Saul offers some much-needed respite.

Get it for free whilst you can from iTunes here, Amazon here, and do leave your thoughts below!