If you want to experience Apple’s latest iOS 10 update, as well as the new and rebranded version of OS X, called macOS Sierra, but really aren’t in a position to run pre-release firmware on any of your current hardware right now, then you can at least get a little glimpse into that world without faffing about with buggy betas. As is usually the case at this time of year, you can now download and use Apple’s latest wallpapers from both iOS 10 and macOS Sierra betas that can be set and used on your iPhone, iPad, iPod touch, iMac or MacBook running older versions of the operating system.

These wallpapers are extracted directly from the beta 1 firmware of both operating systems, and are available to download in original full high resolution quality. 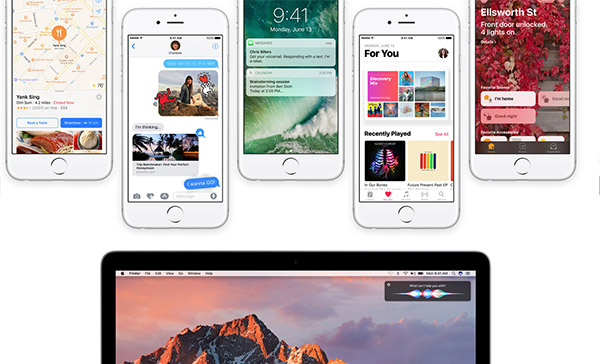 At WWDC, Apple lifted the covers off of the latest iOS 10 update for compatible iPhone, iPad and iPod touch hardware. It was announced that the platform will come with a bunch of new features, including an improved Siri experience, rich notifications accessible from a redesigned lock screen, as well as a seriously overhauled Messages app that introduces apps for iMessage and an ability to scribble messages to be sent to other iOS 10 users.

Of course, there’s also a bunch of hidden iOS 10 features that Apple didn’t touch on, as well as a new stunning wallpaper that is designed to ship with iOS 10.

On the Mac front, we got exactly what we expected with a change of name from “OS X” to “macOS” to bring it more in line with the company’s other major platforms. In addition to that, users can expect to benefit from new features like Auto-Unlock, Universal Clipboard, and finally, Siri on your desktop offering a staggeringly improved experience over previous iterations of the digital assistant. And yes, you guessed it, there’s also a new macOS wallpaper that have been designed to fit in with the “Sierra” theme. The download link below includes the original Sierra wallpaper in full 5K resolution. 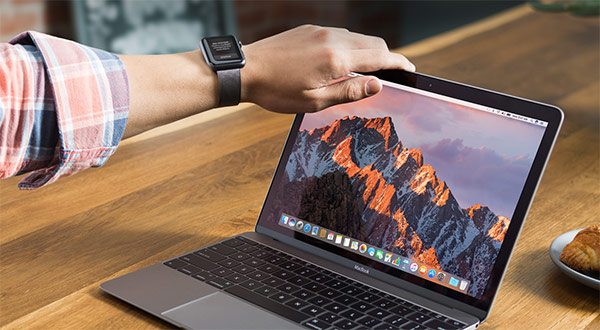 Rather than having to wait until the fall, or be forced to download and install a potentially buggy and laggy beta of these platforms to get access to the new imagery, they are now available to download and use on existing firmware versions right now. As always, the imagery is simply stunning, with options available for iPhone, iPad and Mac, and will definitely bring any mobile or desktop to life if they are used as the wallpaper for the lock screen or the Home screen itself.

You can download them from here and check them out for yourself.