Those looking for a dose of Ice Cream Sandwich on their Nexus S 4G devices will be pleased to learn that an official ROM has leaked into the wild, with reports suggesting it’s a final build and will begin rolling out over-the-air pretty soon.

Google’s latest iteration of Android has been scrutinized by analysts and consumers alike for lack of release on seemingly capable devices, so any news like this is bound to get mouths watering. Apparently, everything seems to be working just fine, and those of you unwilling to wait around for the official OTA update via Sprint can install right now courtesy of – as ever – the guys over at XDA. 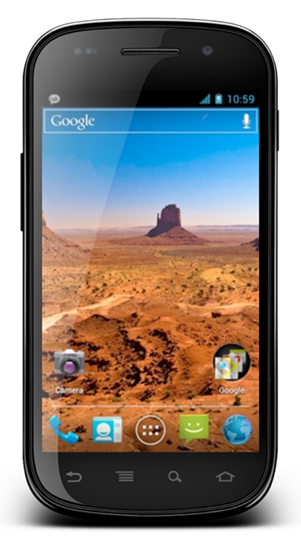 Step 4: Open Odin, but be sure not to modify any of the defaults, and do not – under any circumstances – select EFS clear or you will wipe PRL.

Step 6: Now you’ll be flashing via Fastboot. Here are the checksums For The IMG Files:

If you followed the steps correctly, your Samsung-made Google Nexus S 4G will reboot into a leaked, official build IMM26 of Android 4.0.4 Ice Cream Sandwich.

If you don’t like the idea of flashing your firmware, we highly recommend holding out for the official update. If the word on the street that this is a final build rings true, then the wait should not be that long, and you’ll soon be able to officially tuck in to that Ice Cream Sandwich you’ve been so craving.

If you stumble across any snags or have lingering queries, check out the thread over at XDA-Developers, where you’ll find a bunch of folks attempting and discussing this procedure.