Google has finally released the Android 5.0 Lollipop factory images for Nexus 4, 5, 7, and 10. These factory images were long overdue actually, but as is the case with Nexus devices, they are always forerunners when it comes to receiving the latest OS updates. With OTA updates still nowhere in sight, these factory images should help give interested users a head start and get up to speed with the latest version of Android. 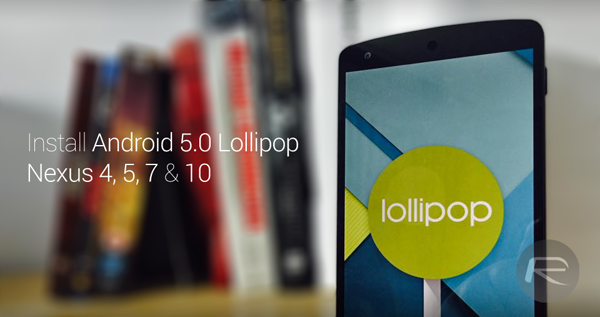 Note: This procedure will erase all data from your phone or tablet, since factory images essentially restore your device to an out-of-the-box state.

Step 1: You need to have ADB installed and set up. See our guide on how to set up ADB on Windows.

Step 2: Power down your Nexus device completely and plug it to the PC via USB.

Step 3: Open Command Prompt and navigate to the platform-tools folder of the Android SDK and type:

Step 4: Once the device boots into bootloader mode, enter the following command:

You will be prompted with some instructions on your Nexus, so follow those to proceed.

Step 1: Launch Terminal and type the following command to set up ADB and Fastboot automatically:

Step 2: Navigate to System Preferences > Keyboard – Shortcuts then click on Services. Find the New Terminal at Folder option and click to enable it.

Step 3: Connect your Nexus device to your Mac via USB.

Step 4: Extract the contents of the Lollipop factory image on the desktop inside a folder. Right-click on the folder, then float the mouse pointer on Services, click on New Terminal at Folder.

Step 5: Enter the following command in the Terminal window to reboot the device into bootloader mode:

Now enter the following command to unlock the bootloader

Follow any on-screen instructions on your Nexus to ultimately unlock your bootloader.

Step 1: To begin, download the factory image relevant to your device, and extract the contents to your desktop in a folder.

Step 2: Enter the following command in Command Prompt or Terminal to boot the device in bootloader mode:

Step 3: Once the device is in bootloader mode, Windows users can run the flash-all script file to start the flashing process.

Mac and Linux users should right-click on the folder of the extracted image contents, then navigate to Services, then click on New Terminal at Folder. Now enter the following command:

This is it! Your Nexus device should begin installing the Lollipop factory image and should restart once the process completes. 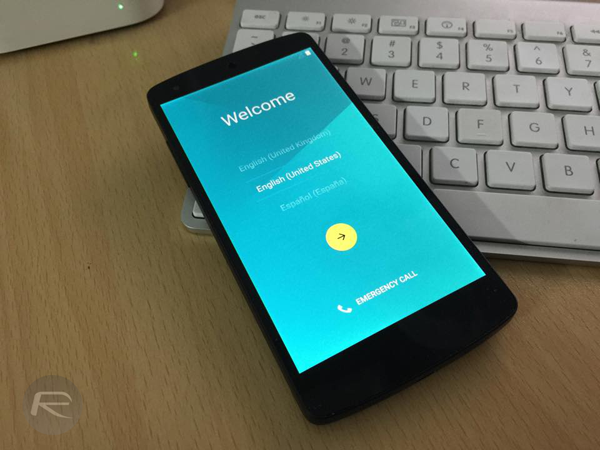