Downgrade To iOS 14.4.1 And iPadOS 14.4.1 No Longer Possible As Apple Stops Signing The Firmware

Apple has officially stooped digitally signing iOS 14.4.1. The decision means that iPhone and iPad owners who have opted to upgrade to the recently released iOS 14.4.2/iPadOS 14.4.2 are no longer able to roll back and downgrade to iOS 14.4.1/iPadOS 14.4.1.

Apple has moved quite quickly to block downgrades to iOS 14.4.1. The Cupertino-based company started to seed iOS and iPadOS 14.4.2 – as well as iOS 12.5.2 for older devices – to the general public approximately one week ago. 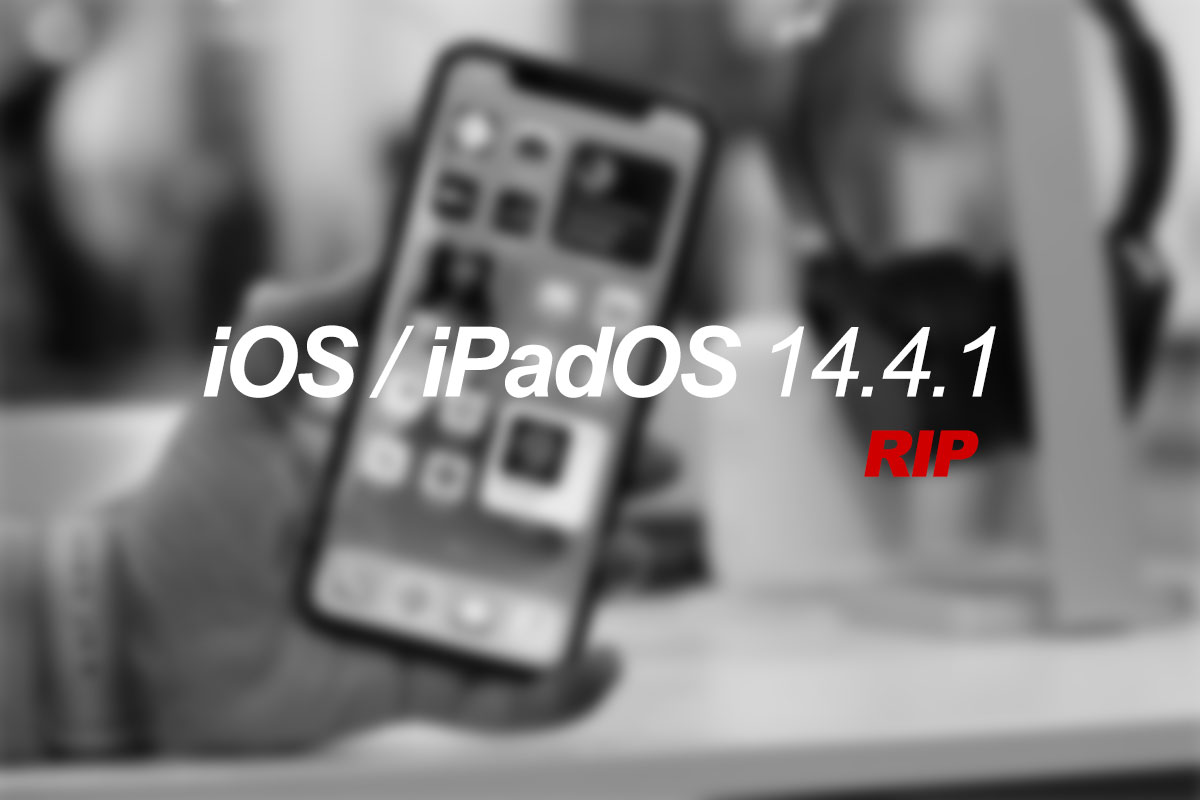 That particular update contained an important security patch for WebKit. The security patch was released to fix the aforementioned issue that would also malicious individuals running nefarious websites to invoke cross-site scripting. It’s clearly important for companies like Apple to mitigate known XSS attacks but the fact that Apple believes that the vulnerability had already been exploited made it even more important.

Unfortunately for device owners, Apple has acted quickly to prevent iPhone and iPad owners from rolling back their firmware to an earlier version that doesn’t include this important XSS patch. For the average iPhone and iPad owner, this really makes no difference whatsoever. This is because the majority of people simply upgrade to the latest version and stay there. However, for jailbreakers, it means that anyone who has accidentally processed the latest update won’t be able to roll back.

Of course, rolling back firmware can also be extremely useful for anyone who has upgraded and experienced a slew of bigs or issues that they simply cannot live with. With this latest move, Apple has also blocked those individuals from opting to re-installed iOS/iPadOS 14.4.1 onto their devices.

For anyone experiencing issues with iOS 14.4.2, it seems that they will need to wait until Tim Cook’s company publicly releases iOS 14.5. Apple is currently testing iOS and iPadOS 14.5 with internal and external testers, which means that it’s only a matter of time until it’s deemed fit-for-prupose.

Until then, if you are running iOS 14.4.1 and need to stay there for any specific reason, it’s advised to stay away from iOS 14.4.2 as you won’t be able to go back. If you don’t need to be running iOS 14.4.1, then you should upgrade immediately to benefit from the recent XSS patch that will keep you and your device safe.