What better way to showcase the capabilities and drawing functionality of the new iPad Pro and accompanying Apple Pencil than to hand the hardware over to some of the most talented illustrators and digital artists in the world. Apple is obviously keen to push and market the iPad Pro and the Apple Pencil as being an extremely capable hardware duo that’s perfect for the professional environment, and to prove that, it has handed a number of units over to Disney animators to put the new tablet and stylus through their paces.

Sharing the iPad Pro and Apple Pencil with the Disney animation team is of course a huge marketing stunt between two companies that have very close ties with one another. The stunt here serves an extremely valuable purpose, which is to showcase some of the best talent in the world utilizing the hardware in a professional environment, and showing the world that Apple’s latest tablet and stylus are extremely capable of meeting the challenges where it matters. If Disney can make the iPad Pro and Apple Pencil work as part of its workflow, then we’re sure every other company of a similar ilk can. 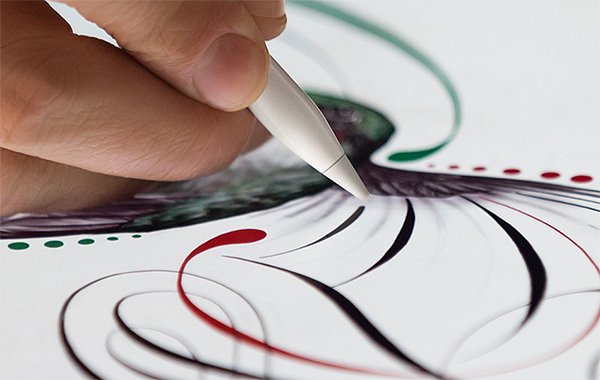 As part of the marketing stunt, Disney Story Artist Jeff Ranjo broadcasted the experience via Periscope, allowing anyone tuning in to see not only the iPad Pro and Apple Pencil in action, but also get a rare glimpse of Disney’s animators and artists sketching some of the most recognizable characters in the world. As part of the demonstration, the team showed off a beta version of the Procreate app updated especially for the iPad Pro, as well as an iPad Pro version of the insanely popular Paper app by FiftyThree. Both, extremely powerful drawing and annotation apps that will work perfectly with the iPad Pro. 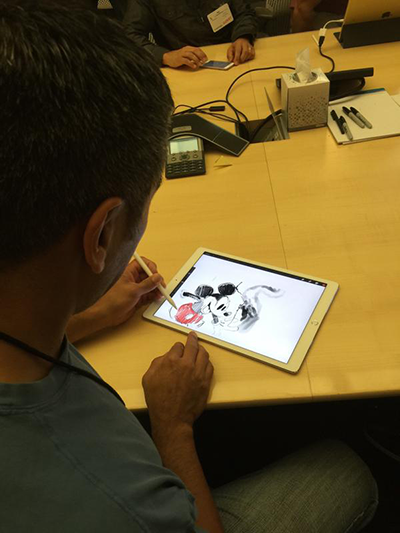 Apple will be extremely pleased to learn that Disney’s Ranjo was extremely impressed with a number of the pro features that the new iPad offers. The ability to rest a palm on the display while it still remains responsive to other gestures was of particular interest for Ranjo, along with the feel and grip of the iPad’s screen when the Apple Pencil was actually being used to illustrate. The video of the experience is well worth a watch, especially for the “Let’s order a bunch of them” line that follows, and can be seen here.

Additionally, Ranjo has also uploaded a clip of him drawing a caricature of fellow designer Jon Musker, and can be seen below.

Got to test drive the #ipadpro and #applepencil today. Drew a quick caricature of #JohnMusker and doing a little shading by angling the stylus- just like a real pencil! Could see potential for storyboarding but that depends on the software. This was drawn in Photoshop Sketch.