Did Apple’s Own Security Personnel Impersonate The Police In The Missing iPhone 5 Case? [REPORT]

According to a man residing in San Francisco, six Apple officials searched his home and questioned him, after claiming he was in possession of a missing iPhone 5. As if that wasn’t a strange enough start to a story, the Apple employees had claimed to be Police officers, says the man. 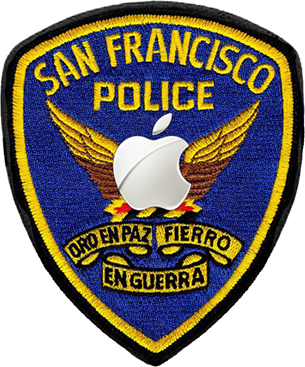 If the officials are discovered to be guilty of impersonating Police officers, they could each face a maximum one year in prison, according to the SFWeekly.

The whole affair happened back in July, when an iPhone 5 prototype was supposedly lost in Cava 22, a San Francisco bar. Apple doesn’t do well with iPhone prototypes and bars, with the iPhone 4 famously being found, or stolen depending on who you believe, in a bar before its official announcement. Interestingly. Apple’s own security personnel were said to have gone all Chuck Norris on the supposed perps then as well.

Sergio Calderón, 22, of Bernal Heights in San Francisco was the man who was unfortunate enough to be on the end of Apple’s very own KGB after they claimed to have followed the iPhone’s GPS location, possibly using Apple very own ‘Find my iPhone’ feature.

Calderón was given a phone number to use if he had any information, a number which the Apple team said was for a ‘Tony’. It appears that Tony is in fact Anthony Colon, a ‘senior investigator’ at Apple. The real San Francisco Police are now looking into the matter, and they don’t seem to be too happy with the whole situation.

“This is something that’s going to need to be investigated now,” SFPD spokesman Lt. Troy Dangerfield said, when informed about the Bernal Heights man’s statements to SF Weekly. “If this guy is saying that the people said they were SFPD, that’s a big deal.”

The security team also even offered to buy the phone back for $300, saying that its owner wasn’t wanting to press any charges relating to the phone.

“They made it seem like they were on the phone with the owner of the phone, and they said, ‘The person’s not pressing charges, they just want it back, and they’ll give you $300,'” he recalled.

The story of a lost iPhone 5 prototype has been doing the rounds for a few days now, but the San Fran Police denied that they have an open case pertaining to a lost or stolen prototype. The plot, as always seems to be the case with these things, is beginning to thicken.