Android Ice Cream Sandwich (4.0) has now been superseded by Jelly Bean (4.1), but that doesn’t mean to say some consumers are not waiting for an OTA update of the older iteration for their device. HTC’s Desire HD is a pretty useful device in terms of specs – despite its age – thus most owners presumed their treasured device would inevitably see the new firmware.

That hasn’t proven to be the case, and many owners were left somewhat disheartened when HTC decided to drop the popular smartphone from the Android 4.0 update schedule. Still, the "quietly brilliant" company has spoken up and revealed exactly why the device hasn’t been given a taste of the once-delicious Ice Cream Sandwich. 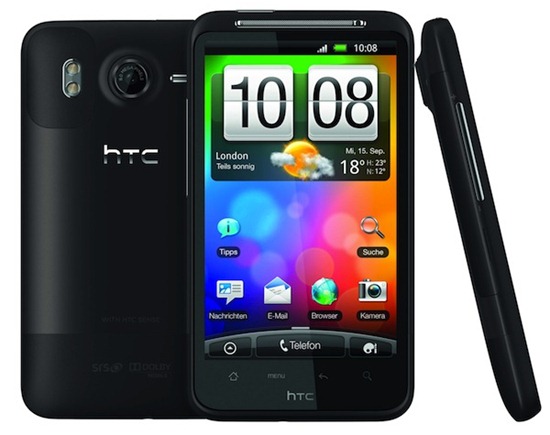 Apparently, upgrading to ICS isn’t as simple as moving up to Android 2.3 Gingerbread, and installing Android 4.0 would require the device’s internal storage space to be repartitioned. When this occurs, data can be overwritten and thus lost, so HTC felt it better to explain why users cannot upgrade rather than trying to explain where their treasured photos and videos have disappeared to.

There are said to be "other technical limitations" preventing an ICS update for the Desire HD, but with the rather similar HTC Thunderbolt getting its Android 4.0 update, one has to sympathize with the Desire HD fans stuck on the older software.

Ice Cream Sandwich is a pretty significant upgrade from Gingerbread, but it certainly suffered from Android’s fragmented nature. Such is the range of devices, Google’s mobile OS will always be fragmented, but the Big G has tried to eradicate the trend of vendors delaying updates by adding much of their own software.

ICS would be ready for a device, but manufacturers weren’t under as much pressure to push the OTA, so spent a great deal of time adding their own software, delaying the release by weeks or even months.

With Jelly Bean, things will be different, with Google telling vendors to compete in the hardware stakes as opposed to adding too much of their own software, so hopefully, those waiting for an update to Android 4.1 needn’t wait too long.

Meanwhile, those wielding a quad-core HTC One X, One XL or One S won’t have to wait too long for a Jelly Bean update. The One X isn’t the smoothest Android experience on the planet, so will certainly benefit from Project Butter.