Both critically acclaimed and popular amongst fans, Dead Space was one of the sleeper hits that showed new franchises could break into the big time on home consoles like the Xbox 360 and PlayStation 3. The game was so successful that not only did it receive a sequel on both consoles and a dubious Wii version too, but the iPhone and iPad also got in on the survival horror-cum-action game goodness, too.

As the Android gaming world was much less mature back then, EA decided not to bring the franchise to Google’s mobile operating system at the time, but that has now changed. Costing a considerable chunk of change at $6.99, Dead Space is now available on the Android Market.

We are interested to see how well Dead Space does on the Android Market in terms of sales, with the belief amongst many developers that Android handset owners are not so keen on spending money on apps as their iOS counterparts. With a price so high, EA may just be pricing a lot of potential buyers out of the equation. Time will tell whether the Dead Space name will be enough to draw people into spending so much on a mobile game.

So what will gamers get for their $7?

Dead Space gamers will play as Isaac Clarke, an engineer in deep space who finds himself embroiled in all kinds of unspeakable alien nastiness. Being an engineer, Isaac uses the tools of his trade as weapons, giving Dead Space something a little different to all the other ‘Man Vs. Alien’ games out there. 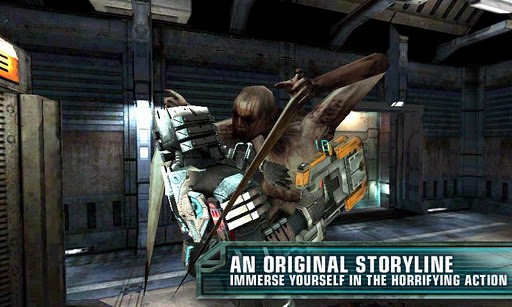 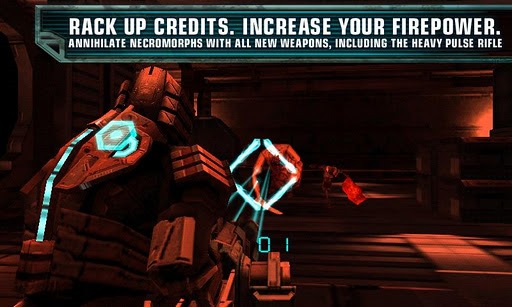 Also waiting for gamers according to the app’s description on the Android Market itself:

A CHARGED SENSORY EXPERIENCE
Survive one of the most gripping, bone-chilling experiences on mobile. Cutting-edge visuals – rich in effects and atmospheric lighting – reproduce the cinematic horror of the console game. Featuring a fully voice-acted stereo soundtrack, plus a movie-quality score and sound effects, find yourself fully immersed in the dread of Dead Space.

SHOCKINGLY EASY TO CONTROL
Intuitive controls focus you on the action. The on-screen HUD is seamlessly integrated into the game. Navigate 6 varied environments and battle Necromorphs with simple swipe and tap controls.

If you can get past that pretty steep price, Dead Space is well worth checking out.